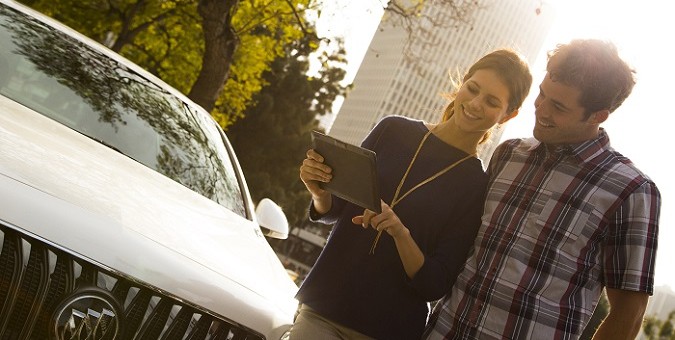 General Motors is betting that connectivity, like 4G LTE and the OnStar Remote Link app, is the key component in connecting the automaker with its customers, a strategic tool that will it help retain existing customers and entice new ones.

“From the time a customer starts looking at potential vehicles online, to when they are at the dealership, to when they have the car… I would love to connect them through the entire experience, 360-degrees,” Alicia Boler-Davis, senior vice president-Global Connected Customer Experience at GM, told Ward’s Auto.

Boler-Davis, whose territory includes OnStar, has been tasked with leveraging connectivity to make GM an industry leader in customer service and satisfaction– and she reports directly to GM CEO Mary Barra.

Connectivity will play a major role in the coming years and it may have the power to shift the automotive landscape, according to a recent study from McKinsey & Co. cited by Ward’s.

The report says that 13 percent of buyers already won’t consider a car without looking online (aka 13 percent see the internet as a necessary tool to purchase something), and that more than 25 percent consider vehicle connectivity more important than other factors like horsepower or fuel efficiency.

(We’d take those numbers like a Tequila shot – with a grain of salt – but they are still interesting to note.)

“We believe connectivity is a place we can differentiate ourselves,” Bowler-Davis said of the General. “We believe this is a competitive advantage and being first absolutely has its advantage.”

GM says that more than 1.3-million use the app, which first debuted on the Chevrolet Volt in 2010. The company also says that Remote Link enjoyed more than 43-million “interactions” last year, more than double the number experienced in 2013.

And you can expect even more functionality in the future.

“We’ll continue to add more systems and modules to that as we go forward, but we know customers do not want to be stranded, so that’s why we started there,” she said to the news outlet. “When you look at those numbers, customers are telling us they see the value in the connectivity.”

But not every new function it adds must increases customer satisfaction, as GM and Cadillac have seen the consequences of perhaps cramming-in too much technology at once, as CUE has shown us.