The vehicle tally is the most of any automotive manufacturer, spanning multiple global brands.

To celebrate, Barra and Batey invited customers, employees and dealers to the Fairfax, Kansas assembly plant, home of the 2016 Chevrolet Malibu. Here, Iraqi war veteran Trent Brining was surprised with the key to a brand new 2016 Malibu before production begins at the plant later this year.

Within the next 48 hours, five additional local customers will be surprised with a new, regionally-built GM vehicle.

Adding to the celebrations, Barra announced in the third week of May, all U.S. salaried and represented employees and retirees can share a one-time Customer Appreciation Discount. The discount may also be applied to existing incentives offered as well.

“During 2015, we expect to sell more than 1,000 new vehicles per hour, 24 hours per day,” said Barra. “This adds up to nearly 10 million vehicles, the most in our history. I look at this extraordinary volume as 10 million opportunities to prove what kind of company we are and to say thank you.”

Today was a day to reflect on General Motors’ lifetime achievements as a company, and industry firsts. Those include the first V8 engine, automatic transmission and air bags in a production vehicle. Additionally, GM looked back on their storied global presence. By 1931, GM spanned the globe, owning British automaker Vauxhall, Australia’s Holden and Germany’s Opel. In 1997, GM expanded into China, partnering with SAIC and creating Shanghai-GM. China is now GM’s largest market globally.

As GM looks to the future, continued investments domestically and abroad ensure the best product the automaker has ever produced in a globally-competitive market. 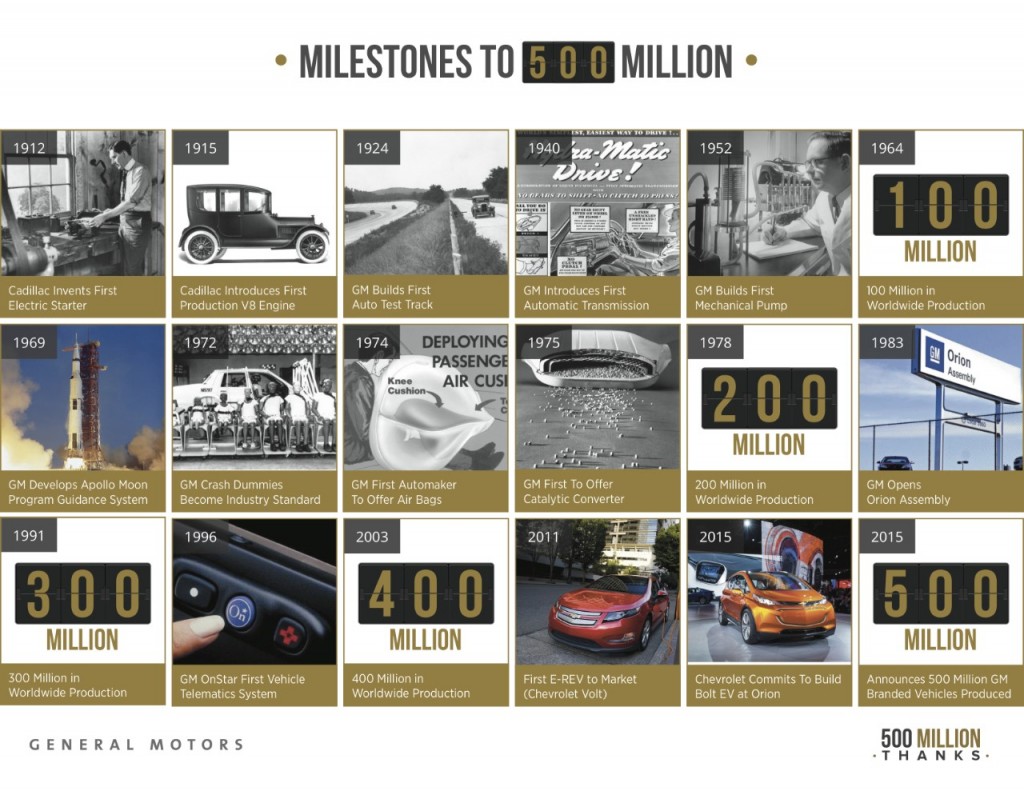