Just one question: how is Cadillac competing with the vehicles pictured below? 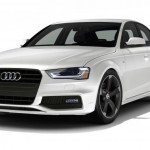 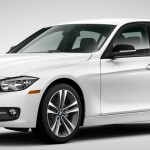 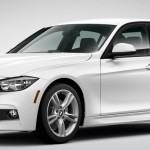 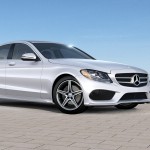 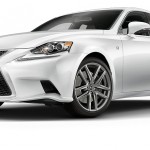 The short answer is that it’s competing with them with its compact ATS. To an extent, that answer would be correct.

But the more involved reply is that Cadillac should compete better by offering a sports appearance package on the ATS.

Late last year, we opined that Cadillac should offer a “black out” appearance package to better serve customers who want less chrome bits on their vehicles. Then, our rationale was that the popularity of such black out appearance packages is on the rise, with BMW, Audi and even Lexus all offering the chrome-delete packages.

We’d still like to see Cadillac offer black-out packages on all of its vehicles. But the sports appearance package we’d like to discuss here take that a step further.

The proposition is simple: offer an optional appearance package that offers a more aggressive appearance.

We’ve done a bunch of thinking and a lot of research as well. But, just like the theory, the reasoning is also quite simple and is made up of two primary reasons:

Speaking of a competition disadvantage, let’s have a look at what the competition is offering. 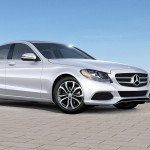 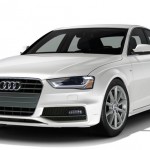 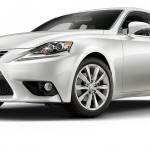 Cadillac’s chief rival, BMW, takes this concept a step above the rest and offers two individual packages on the popular 3 Series, with one being more aggressive than the other. 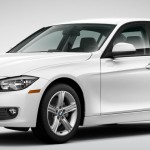 The goal is to give buyers the option of making their “mainstream” luxury car look even better than it already does in stock form by adding more aggressive bits from the go-fast models such as the Mercedes-Benz AMG, BMW M, Audi RS, and Lexus F vehicles. In fact, some of the vehicles of competitors look just like their high-performance variants of the same model. The only thing they lack are the more potent powertrains.

The way we see it, Cadillac could go two ways to bring this to market, in a way mirroring what BMW offers:

The first involves offering the parts it offers as official accessories, which very few buyers know about, as a bundled package installed on the vehicle at the factory. The second involves taking things to another level by offering the body kit from the ATS-V.

We’ve taken the liberty of imagining what equipment such vehicles would have, how much they would cost, and how they would look. Where do we even begin? This is a no-lose proposition with benefits to the customer and to Cadillac.

And though we’re specifically referring to the ATS family here, the appearance package concept we’ve presented here can be applied across the board to pretty much any Cadillac in production today.

A Matter Of When

All in all, Cadillac has gotten so many things right with the ATS (and CTS). In many ways, it has gotten many of the difficult things, such as driving dynamics and lightweighting, spot on. But the go-to-market strategy, specifically as it relates to vehicle customization, is nearly non-existent for both vehicles. After all, sales of the ATS and CTS are down significantly, but the competition — specifically the 3 Series, C-Class, and IS — is up, with seemingly no signs of slowing down.

To us, the question of appearance package for Cadillac models should be a matter of when?, not if?.

Agreed? Sound off in the comments.