Well, Chevrolet had us going pretty well since, until now, we didn’t really have an idea what the 2016 Chevrolet Camaro would look like, even with the various teasers handed released over the last few weeks. But now, merely one day before the highly-anticipated official debut of the 2016 Camaro, we have the car we’ve been waiting to see.

CNBC has leaked three photos of the 2016 Camaro, showing the front and rear ends of the sixth-generation model. Surprisingly, the leak isn’t the internet’s fault… for once.

In the photos, the 2016 Camaro is shown completely uncovered, showcasing a massive new lower grille and LED day-time running lights in the front. In the rear, it’s easy to see the C7 Corvette cues Ed Welburn, GM’s design head, said would be sprinkled throughout the entire Chevrolet portfolio. 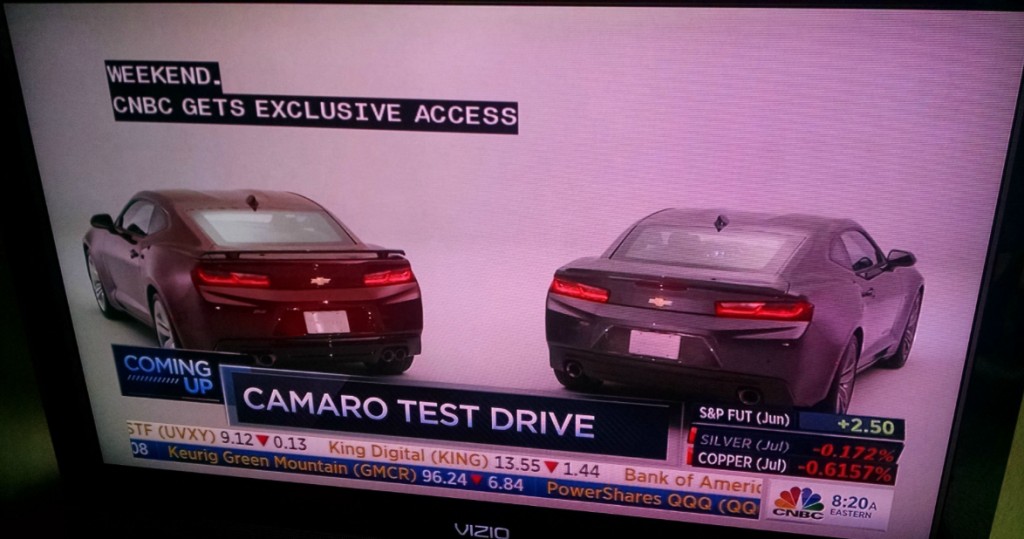 The finer details, along with being able to see the 2016 Camaro in person, will still be shelved for tomorrow’s debut at Belle Isle in Detroit. But, we do know the SS variant of the 2016 Camaro will feature standard Magnetic Ride Control with selectable settings plus the 6.2-liter LT1 V8. Plus, the car will weigh at least 200 pounds less than the fifth-generation model while featuring a 28 percent stiffer body structure.

This is your new Camaro, muscle car fans and sports car enthusiasts. We’ll have the latest information on the 2016 Camaro as it is properly unveiled tomorrow. In the meantime, we’ll take in what we see here.