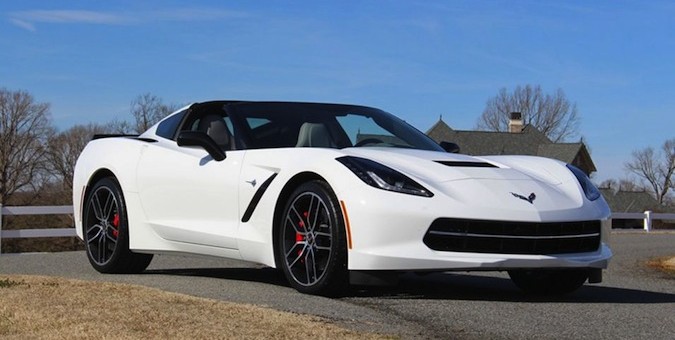 NASCAR drivers really seem to love their Corvettes. Jeff Gordon is no stranger to raffling off C7 ‘Vettes for charity, and now Dale Earnhardt Jr. has decided to put his ride up on the block too. The Dale Jr. Foundation is offering fans the chance to win the star driver’s personal 2015 Corvette Stringray Z51 3LT, with proceeds from the raffle tickets sold going to more than 70 charities.

This isn’t the first time Dale Jr. has raffled off a Chevy. His charity has been putting on the annual “Win Dale Jr.’s Ride” raffle since 2011, when they gave away an orange fifth-generation Camaro SS to a lucky entrant. Since that time, the program has raised over $784,000 for charity.

“This Corvette has everything,” Earnhardt Jr. said in a statement. “It’s a sports car in every sense of the word, and it’s a great-driving car with really cool interior features that make it the ultimate Corvette experience. Plus, it looks cool. Whoever wins this car, I can promise it will be the best $25 they ever spent.”

We have to say, we like the specification Earnhardt chose for this raffle Corvette, with our favorite color on the C7 being Arctic White. If you’re also liking the look of the C7 above, you can read up more on the raffle and purchase a ticket at WinDaleJrsRide.com.