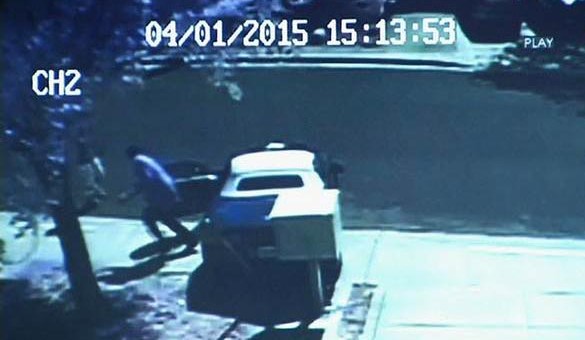 Thieves can break into almost any vehicle, it seems, and even if the alarm is triggered many of us assume the driver simply pressed the wrong button on the key fob.

Certain vehicles equipped with OnStar offer vehicle tracking, but what about all the other vehicles? Well, if your vehicle happens to have a third pedal and a shift-pattern, you might thwart the thieves with that alone.

Case in point, these two criminals in the Bay Area. The two bozos tried to steal a Corvette C6 convertible on Wednesday but their attempt was thwarted because the getaway driver couldn’t drive stick. As a result, he (or she) flung the car backwards into a pair of mailboxes, damaging the fibreglass bodywork.

Realizing the heist was futile the thieves proceed to ditch the ‘Vette and make a break for it. Luckily, police were right around the block and swiftly arrested the ham-handed burglars.

The moral of the story? Just 6.5 percent of vehicles sold in the U.S. in 2013 were equipped with a manual transmission, meaning, like blacksmithing, the ability to drive stick is a dwindling skill. And while you’re manually-equipped vehicle is still prone to theft, one or two thieves might just pass you by. Or back your car into a mailbox. To watch it all unfold, click here.