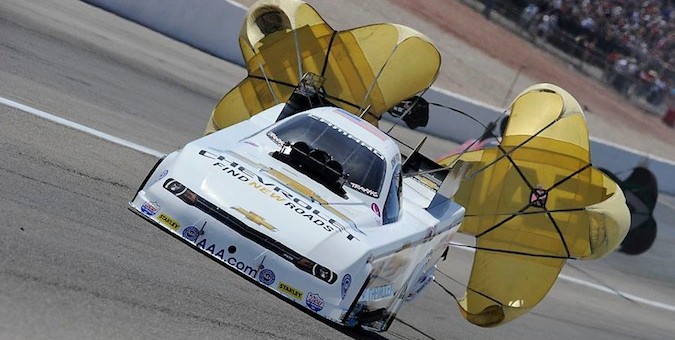 “Robert is my best team,” Force said in a statement post-race. “He’s hot on that Christmas tree so I really got to get after him. The win was good, but all that we’ve been through, with financial change, my sponsors promised to keep me competitive, win championships and I could build safety. We were lucky today, and I’ll take lucky any day because it buys us some time to learn.”

The NHRA Mello Yello Drag Racing Series will continue when they head to Royal Purple Raceway on the weekend of April 24-for the O’Reilly Auto Parts NHRA SpringNationals near Houston.