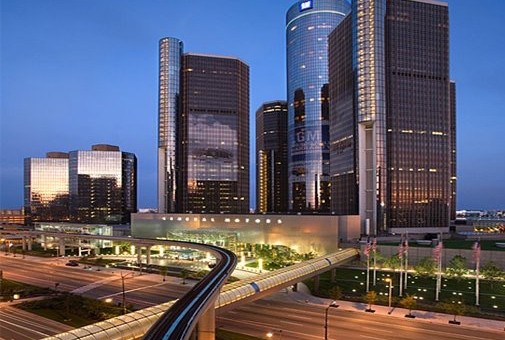 General Motors is banking pretty heavily on the new 2016 Chevrolet Volt – not to mention the brand new Bolt concept – in representing the automaker’s utmost efforts toward a greener future. But to overlook the threat that challengers like Tesla Motors pose to the carmaker responsible for the EV1 of 1996 would be a mistake.

To that end, General Motors is not putting all its eggs in one, or even two, baskets; the automaker is developing a model called the GMC Gulf for the 2017 model year, which will be the world’s first production car powered by a water-diesel V8 engine.

Actually, to be more precise, the 2017 GMC Gulf will utilize salt water as its fuel. While the ocean is generally around 3 percent salt per-mass, the Gulf’s fuel will be about a 15 percent mixture, substantially lowering its boiling point. The water-diesel powerplant operates along essentially the same principles as a conventional diesel engine; a high compression ratio increases heat and pressure within the cylinder until a combustion event occurs.

Only in this case, rather than combusting, the salt water evaporates, expanding in volume to force the piston back down.

Because the salt water fueling GM’s new water-diesel V8 doesn’t require oxygen for combustion, the stoichiometric air/fuel ratio is far different than for gasoline – 1 part water to 3 parts air, to be precise. Too little water releases too little vapor to push the piston back down through the cylinder; too much, and you run the risk of hydro-locking.

General Motors has yet to show any concept sketches of the 2017 GMC Gulf water-diesel car, but executives have confirmed that it will take the form of a full-size sedan. Planning has been plagued by high projected engine costs (the unusually high compression ratio necessitates very strong internals), and problems with fuel storage capacity. Because the stoichiometric ratio of the salt water/air mixture is so high, the Gulf would have to accommodate nearly four times as much fuel as a regular diesel to achieve the same range.

Despite these setbacks, we expect that a mostly-complete 2017 Gulf water-diesel should make an appearance at this year’s Los Angeles Auto Show. It is expected in Q1 of 2017.