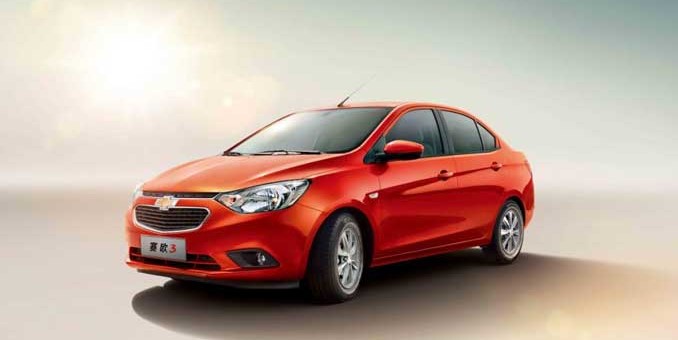 Chevrolet India will add three new products to its lineup in the hopes of snagging even more market share in the region.

The company registered a mere 4,320 vehicles in February – way down on the 5,607 units it moved a year earlier–while last month it managed just 4,257 sales, well below the 6,601 it delivered last March.

To help turn the tides the company says it will launch three new vehicles over the next 18 months, two of which will be all new to the country.

Those two newbies will be the Trailblazer SUV and the Spin MPV, which we touched on back in February.

Today, we can confirm that the Spin will be offered in two guises, a 1.4L gas engine or a 1.3L JTD diesel unit, which will be good for 102 hp and 96 lb-ft of torque or 88 hp and 147 lb-ft of torque, respectively. All power sources are sent to the front wheels via a five speed manual tranny’.

We expect the Spin to hit the market by end of year.

Scheduled to go on sale in mid-2015, the seven-seat Trailblazer offers up a 2.8L Duramax diesel that’s good for 180 hp and a whopping 346l b-ft of torque, and customers can choose to route power either through a six-speed automatic or a five-speed DIY manual.

The third entry, the new Chevrolet Beat (aka Chevy Spark), is also scheduled to hit the market, but sources say it will sit on a new platform – known as “Amber” – rather than the Spark’s existing chassis. While we don’t know when the new Beat will be launched, it wouldn’t surprise us if it turned up at the 2016 Delhi Auto Expo.