When we caught wind of the Chevrolet FNR concept, or Find New Roads concept, a lot was left to the imagine of what the car was to represent. It’s clear the FNR concept is meant to showcase where Chevrolet could potentially head in the future. And the path is purely electric, and autonomous.

The FNR concept was developed by GM’s Pan Asia Technical Automotive Center (PATAC) joint venture, and allowed the team to showcase future mobility. Engineering, design, and electrification teams all had a hand in developing an expression in future driving.

The idea of the FNR concept was to create an intelligent vehicle for tomorrow’s young drivers. And what do tomorrow’s children want? Connectivity.

The Chevrolet FNR concept hosts a wide range of networking capabilities, and engineering has crafted something which seems at home in Minority Report, or I.Robot.

The car boasts a capsule like design, with “dragonfly” dual-swing doors. Laser crystal head and tail-lights pronounce the car with a vivid front and rear fascia, and magnetic hub-less wheels also house electric motors. The car is charged completely wirelessly, with no adapters necessary.

When the car is in self-drive mode, seats may be rotated 180 degrees to face back-seat passengers for a more intimate arrangement. But, if you’re ready to pilot the car manually, gesture controls will engage manual override at your command.

While many say the era of extreme concepts are over, Chevrolet proves the theory wrong with their FNR concept. The real questions is this: are you ready to become more passenger, and less driver? 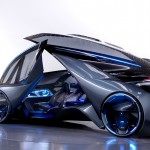 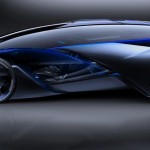 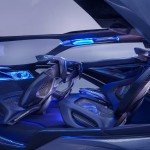 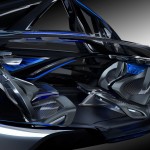 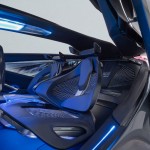 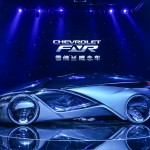 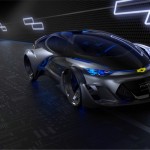