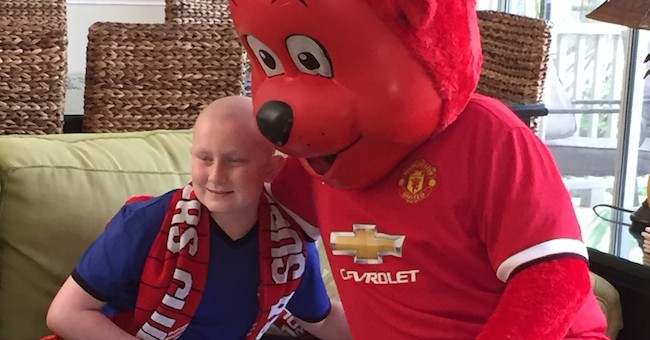 Chevrolet chose April 1st, a day normally known for kidding around and playing practical jokes, to deliver some very real surprises to deserving people around the globe. Their #BestDayEver campaign was launched with the intention of making some people’s day one of the best they’ve ever had, and not surprisingly, it was a huge success.

The #BestDayEver campaign reached over 3 million viewers on the live YouTube stream, in addition to the 12,000 other people Chevy surprised. The automaker recruited movie stars, musicians, professional athletes and more to surprise lucky individuals with meaningful gestures both large and small.

There were all different kinds of surprises throughout the day. Singer Kelly Clarkson put on a surprise concert for pregnant women and new moms who were attending a luncheon at The Grove in Los Angeles, while Danica Patrick surprised patrons at a gas station in Concord, N.C. by giving them $100 gas cards and taking pictures with them. Olivia Wilde also shocked students at the Brooklyn Navy Yard in New York when she was introduced as their substitute instructor, and Alec Baldwin showed up to a history class at Occidental College dressed up as Abraham Lincoln.

One of the best surprises of the day though was when Manchester United’s Wayne Rooney, Robin Van Persie and Juan Mata invited Make-A-Wish Foundation wish recipient Matthew McMahon to a match on May 16 through a video chat. Additionally, Manchester United alumni Gary Bailey, mascot Fred the Red and members of the local Manchester United Supporters Club showed up to his home to present him with the tickets to the match and other club memorabilia.

“Chevrolet took a vanguard position in creating a real-time marketing program that reached diverse audiences and brought about a new level of conversation about the brand,” Paul Edwards, Chevy’s U.S. vice president of marketing said in a statement. “The brand engaged millions of people today and if we got just a fraction of those folks to take another look at our cars, trucks and crossovers, we accomplished our goals.”