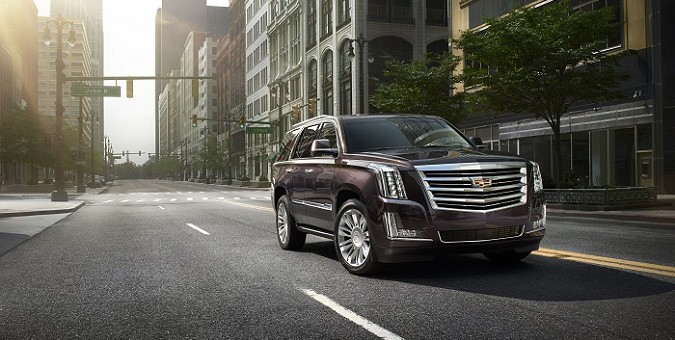 While North-Americans have been able to get their hands on the top of the line 2015 Cadillac Escalade Platinum since late last year, several other markets around the world, like the Middle East, still haven’t had the chance to experience its exclusive Nappa semi-analine leather or 18-way heated and cooled front seats.

Thus far, the 2015 Escalade has received a very warm reception in the region and, just like buyers in the U.S., Cadillac is well aware there are plenty of customers willing to plunk down an extra $16,000 for even more luxury.

“To date, the new Escalade has resonated strongly among luxury SUV buyers in the region,” said Felix Weller, Director of Cadillac Sales & Marketing, GM Middle East. “With the Platinum Collection, Cadillac elevates the Escalade line even further upmarket to please customers that aspire for the finest and appreciate luxury craftsmanship in its details.”

The Platinum model bound for the Middle East is mechanically identical to the one we’ve enjoyed here and buyers can expect the same 22-inch wheels and Galvano chrome grill (and all the rest of the added luxury bits) North-Americans have already grown to love.