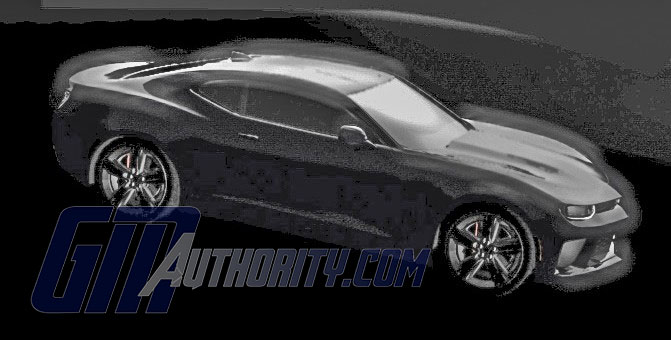 We are merely one month away until the 2016 Chevrolet Camaro officially shows itself to the public and press alike. May 16th is the date, Belle Isle in Detroit is the place. In honor of the rapidly approaching reveal date of the car, we’ve decided to compile ten things we can expect to see from the sixth-generation Camaro. The predictions are based on what we know thus far, but we still believe Chevrolet will surprise us in some ways.

A lot of the commotion surrounded Cadillac with the introduction of new engines for the brand, one being GM’s new LGX 3.6-liter V6. The engine will debut in the 2016 CT6, CTS and ATS but it likely won’t stop there. Expect the 2016 Camaro to benefit from the latest V6 technology, which includes a patented “targeted cooling system” to send coolant to the heads and block in the most efficient manner. The engine has been rated at 355 hp and 287 lb-ft of torque in the CT6, and we can expect similar numbers from the 2016 Camaro.

Now it’s time for the really good stuff. Chevrolet has already confirmed the 2016 Camaro will see the latest in small-block engineering under the hood. The mighty 6.2-liter LT1 V8 will reside in the SS variant of the car. This will replace the LS3 V8 currently employed, which made 426 hp in stock formation. Now, imagine the LT1 with the C7 Stingray’s 455 hp in a Camaro riding on the much nimbler Alpha platform. It should be what dreams are made of. Speaking of Alpha…

We already know how spectacular GM’s Alpha platform translates to driving dynamics, as seen in the Cadillac ATS and CTS. The platform was engineered from the beginning for sublime driving feel, light weight and can support a variety of engine specifications, including forced-induction. The current Camaro’s Zeta bones are simply too bulky, but we’ve seen what clever engineering can make out of it. Just look at the 1LE, ZL1 and Z/28. The platform has been specifically adjusted for the 2016 Camaro to fit the car’s proportions, and features a unique dash-to-axle to support the car’s iconic profile. With the 2016 Camaro riding on Alpha, expect superior driving dynamics, and most importantly, for the car to go on a much needed diet.

With the shift to Alpha, the 2016 Camaro’s dimensions will undoubtedly shrink. Expect a shorter front overhang, and tidier bodywork to compliment the car’s newfound weight reduction. General Motors has previously stated the car will weight “at least 200 pounds” lighter than the current Camaro. Most of this was possible thanks to the Alpha platform, but certain areas were examined specifically for the sake of weight. Particularly, the cross-beam that supports the instrument panel is now made from aluminum, a savings of 9.7 pounds. Lighter weight and more power is never a bad recipe.

With a smaller package, expect the design of the 2016 Camaro to also offer up aerodynamic capabilities to surpass the outgoing car. Chevrolet has said over nine million hours of computational time has been sunk into the sixth-generation Camaro. Some of those hours were spent of drive time, some on weight reduction and plenty of it was spent ensuring the car isn’t a mass hindered by airflow.

6. Performance Superiority Over The Fifth-Generation Camaro

A no brainer, really. But, it’s definitely something to expect from the 2016 Camaro. When you combine everything we’ve touched on so far, the 2016 Camaro will be a very compelling driver’s package. It will be lighter, faster and have the best driving dynamics seen in a Camaro to date. And that doesn’t just include the SS model, either. The V6 should be a compelling entry-level engine, and make for a great hustle car for those who skip out on the muscle car. Our gut tells us not to expect a turbo-four, however.

For better, or for worse, don’t expect the 2016 Camaro to get a radical makeover on the outside. Chevrolet won’t mess with success regarding its semi-retro themed look, harkening back to the iconic 1969 Camaro. Do expect a more modern take on the design, with a tad less retro. Especially inside the cockpit. The design will most likely flow very well considering the car’s nimbleness and ability to shed much of the bulk the Zeta platform left it with.

This one hasn’t been confirmed, but we have a strong hunch buyers will be able to enjoy at least a simplified version of the PDR system, seen on the C7 Corvette and V-series Cadillacs. The PDR system allows owners with the system to record their lap times and watch it with telemetry overlay displaying speed, RPM, G-readings and much more. It also doubles as a convenient dash cam. We think more than a few perspective Camaro owners would enjoy this technology.

The entire Chevrolet lineup offers 4G LTE WiFi capability, so it only seems reasonable the 2016 Camaro will include this as an option for those looking to stay on the grid while parading the latest pony car around town. GM expects 4G LTE capability to pay off big in the near future, so expect even the most driver oriented of Chevrolet vehicles to offer it.

The standard of stopping power will continue to be seen on the 2016 Camaro, and should work quite well in concert with the car’s weight loss. Less mass means less force to stop said mass. Chevrolet included a photo of the latest Brembos with its most recent teaser, touting the car’s 28 percent greater structural stiffness.

And that’s only ten things to expect from the latest challenger in the pony car war. As we approach the reveal, Chevrolet most likely continue to parse out small bits of info, so stay tuned as we bring you the latest.