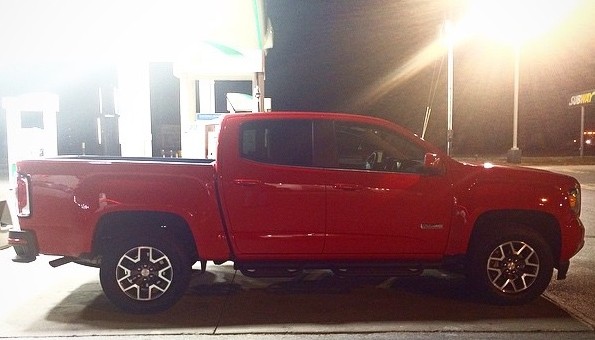 As we loaded our gear into our Cardinal Red 2015 GMC Canyon All Terrain, and hit the road for the 2015 New York International Auto Show, we were doubly productive.

Not only did our travels include discussion on the latest coming from General Motors, including the 2016 GMC Terrain, 2016 Chevrolet Malibu and 2016 Cadillac CT6, but we were also able to bring you the latest news surrounding them as we made our way through Interstate 80 towards New York.

It was all made possible by the inclusion of OnStar 4G LTE wireless internet capability in the GMC, which was surprisingly strong and emitted enough juice to power three laptops feeding from its signal. Naturally, our colleague and driver refrained from utilizing its capabilities and focused on navigating our way to the Big Apple.

So if you were wondering just how well the 4G LTE service holds up, the answer is quite good. Now, we remain stationary at our NYC hotel, coffee in hand, awaiting the reveals and bringing you analysis of the best General Motors has to offer.

As for the GMC itself, it fit four human beings in its extended cab guise very well, with comfortable seats and a well-dampened suspension to soak up anything the Interstates threw at it. Headroom was also good, perfect for quick naps as we made our trek, and never feeling too cramped.

But we’d like to hear from you. What are you most looking forward to seeing from GM? Talk to us in the comment section down below.