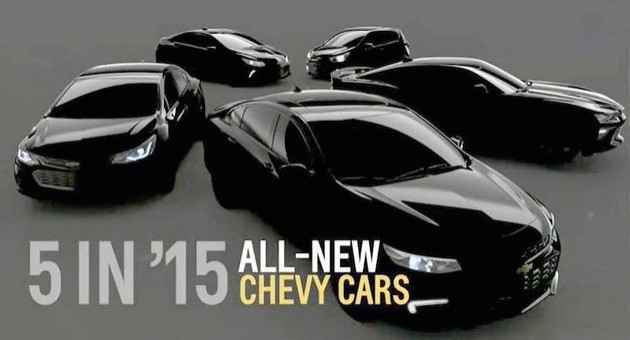 While we were on-hand to cover the 2015 Cleveland Auto Show, where the Chevrolet Colorado Z71 Trail Boss was unveiled, we caught a bit of noteworthy news during the brand’s press conference.

While Chevrolet Colorado market manager, Tony Johnson, had the floor, he briefly announced the bowtie brand would be introducing 25 new technologies for the brand’s lineup this year. Chevrolet is staying tight lipped on what exactly the new technologies are, or what they will be applied to, but we do know the five new incoming Chevrolets in 2015 will feature one or more of the new advancements.

The “5 in’15” mantra of vehicles includes the 2016 Chevrolet Volt, 2016 Malibu, 2016 Camaro, 2016 Spark and 2016 Cruze, and will keep close to all of Chevrolet’s lineup less than three years old, an important factor in the increasingly competitive automotive industry.

Pressing for more information, we were able to divulge a few scarce details. The upcoming technologies will focus heavily on safety, performance and fuel economy and, as stated, will be introduced through the upcoming onslaught of Chevrolet passenger vehicles.

The next-generation Malibu and Spark are poised for a 2015 New York Auto Show debut, meaning, within the coming weeks we will know more information about what Chevrolet has up their sleeves in the tech department.