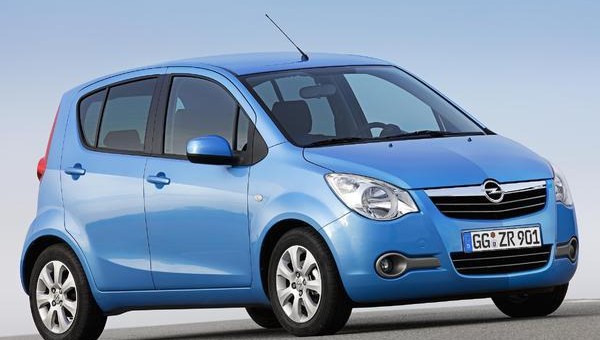 Vauxhall, and sibling Opel, have scored big with the latest round of reliability ratings. Warranty Direct has published their latest reliability findings, sourced from a slew of vehicles five years old and odometers reading 31,000 miles on average.

Coming in at the number one spot is the pint-sized Vauxhall (aka Opel) Agila (also also known as Suzuki Splash) beating other European contenders from Volkswagen, Citroen and Peugeot, according to FleetPoint. The Aglia scored a near perfect nine on the provided index scale. To put that number into perspective, numbers ranged from 1,123 and up, while the average sits at 100.

The car holds up well over its 30,000 mile break in period, with the average 30 percent of reported problems concerning the axle and suspension.

This trumps the French vehicles, which had near 45 percent average problems concerning HVAC and electrical components. As an interesting bit, Europe’s most unreliable vehicle turns out to be the Audi RS6, with data indicating it will most likely break down once a year minimum.

The Warranty Direct study is composed of a combination of vehicle criteria including frequency of repairs, cost of repairs, duration of repairs and average age and mileage of the vehicle. So, take solace if you’re a proud Vauxhall Agila owner, and next time an RS6 passes you, know they’re most likely due for service any day now. Meanwhile, you can keep on chugging along.

The aging Opel/Vauxhall Agila is being phased out in place of the Opel Karl and Vauxhall Viva.