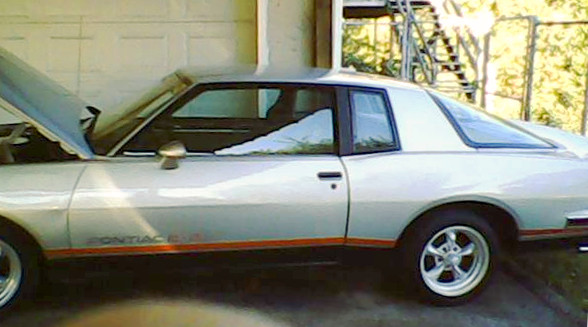 Today, many people know of the 1986-87 Chevrolet Monte Carlo SS Aerocoupe, thanks to the role it played in vintage NASCAR. Were it not for this prominent, lime-lit stage, the limited-run Aerocoupe might have faded straight into obscurity, hardly drawing a second glance.

Instead, that fate was reserved for the Monte Carlo SS Aerocoupe’s sister: the 1986 Pontiac Grand Prix 2+2. Part of the issue may have been that decidedly un-sexy Kindergarten-math-lesson tacked onto the end of the name (though it does have some heritage; “2+2” was used in the 60s to denote a trim option for the Pontiac Catalina).

Regardless, 1986 was the only year of production for the Grand Prix 2+2, and a clean, prime example just turned up on Craigslist in the area of Chattanooga, Tennessee. That would make this car a “Chattanooga 2+2,” which should by all means be embroidered on every floor mat and head rest in the car. Just over 1,200 2+2s were produced for its single year of production, making it a very rare specimen. According to the Craigslist post, the interior is “perfect” with no tears, and the car rides on some very attractive 16-inch Torque wheels.

No, the 1986 Pontiac Grand Prix 2+2 may not be as well-remembered as its Monte Carlo counterpart, but it’s unmistakable as the same GM Aerocoupe design nonetheless. And the fact that it wears Pontiac, not Chevrolet, badging? That right there is a conversation starter, not to mention a transferable ticket to the “cool club.”