General Motors China-based telematic subsidiary, Shanghai OnStar, has announced plans to use China Mobile as the cellular carrier that will support its in-vehicle 4G LTE telematics service. Announced at the 2015 Mobile World Congress in Barcelona, Spain, the service is set to debut in a Cadillac model (probably the CT6 or XT5) in 2015 and then become standard across the Cadillac, Buick and Chevrolet model lines. GM launched 4G LTE-equipped vehicles in the United States in the summer of 2014. 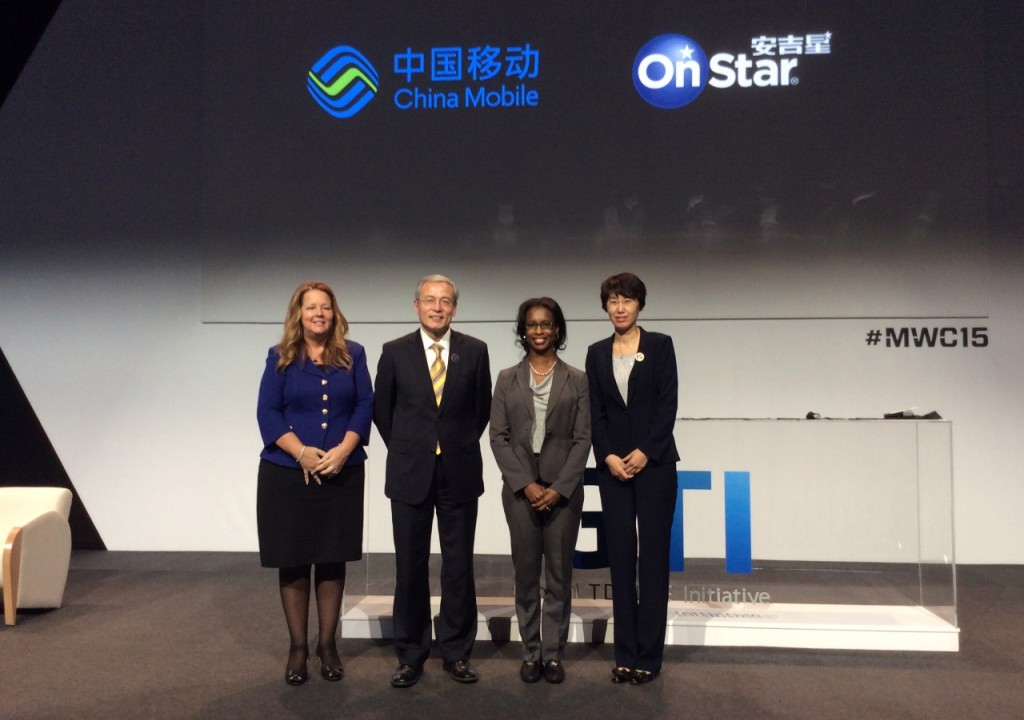 In the U.S., GM-OnStar uses AT&T’s high-speed 4G LTE network to bring the OnStar 4G LTE service to most 2015 model year GM vehicles, Shanghai OnStar will use China Mobile’s TD-LTE technology. Short for Time-Division Long-Term Evolution, TD-LTE is a variant of the 4G LTE standard used by AT&T, Verizon Wireless, Sprint, and T-Mobile in the United States. Regardless, the value to the customer continues to speeds that are up to 10 times faster than 3G technologies, resulting in a safer, smarter, and more enjoyable driving experience. Customer benefits are five-fold and include:

Shanghai GM’s strategic partnership with China Mobile will make GM the first automaker in China to offer embedded 4G LTE telematics services in vehicles. The new service is expected to deliver a comprehensive upgrade to the current OnStar systems, which connect using a 2G network. To that end, GM seems to have elected to partner with China Mobile, rather than one of its competitors such as China Unicom or China Telecom, thanks to it being the largest cellular carrier in China, making it the largest in the world.

Today, China Mobile continues to develop its 4G TD-LTE network. As of January, it has 700,000 base stations throughout China, giving it the largest 4G network worldwide. According to GM, it is this presence that will make OnStar 4G LTE a stable, high-speed service.