General Motors has just announced a comprehensive capital allocation framework that would see the automaker maintain an investment-grade balance sheet underpinned by a target cash balance of $20 billion, while returning all available free cash flow to shareholders.

Though the move is widely seen as a way to fend off activist investors, including Harry Wilson — who has officially withdrawn plans to pursue a seat on the GM’s board, the automaker says that it has created the framework due to an improving business performance and strong capital discipline. 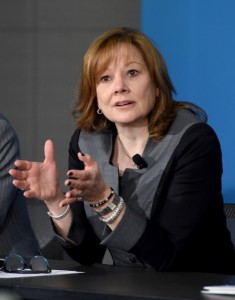 GM also announced that its Board of Directors has authorized the repurchase of $5 billion in GM shares. The repurchase is scheduled to begin immediately and conclude before the end of 2016. The move is complimentary to the quarterly stock dividend increase to $0.36 per share effective in the second quarter of 2015. The move would result in an expected dividend payout of approximately $5 billion through year-end 2016.

“As we continue to execute on our plan to become the most valued automotive company, our track record of improved operating performance, strong earnings momentum, and disciplined capital investments provide the foundation for a comprehensive capital allocation framework,” said GM CEO Mary Barra. “We will continue to invest in innovative technologies and world-class vehicles that will deliver sustained profitable growth and maximize returns to shareholders.”

1. High-Return Investment In The Business

GM previously stated it expects capital expenditures in 2015 of $9 billion to invest in future growth, including a more aggressive vehicle launch cadence in the coming years. GM will reinvest in its business with the objective of driving 20 percent or higher return on invested capital (ROIC) through investments in world-class vehicles and leading technology. The company plans to disclose its ROIC performance each quarter beginning with its first quarter 2015 report. The company expects this disciplined capital deployment will strengthen and grow GM’s brands and drive improved financial performance and will result in capital spending in the range of 5.0–5.5 percent of its annual revenue in the future.

Beyond reinvesting in the business and maintaining an investment grade balance sheet, the company expects to return all available free cash flow to shareholders. Starting in January 2016, GM will develop its annual capital return plans and communicate them to the market during the first quarter of each year.

In 2015, the automaker expects total earnings before interest and tax (EBIT) adjusted and EBIT-adjusted margin to increase compared to 2014, after adjusting 2014 for the impact of recall costs. The company also reiterated that it is on track to meet its 2016 financial targets:

The automaker also reaffirmed its long-term strategic plan to achieve 9–10 percent EBIT-adjusted margins by early next decade. Stay tuned to GM Authority as we bring you more analysis of the announcement, as well as more GM News.