We’re merely a few weeks away from the 2015 New York Auto Show, where Chevrolet will debut a much needed all-new 2016 Malibu and a new 2016 Spark. A new 2016 Chevrolet Cruze won’t be far behind either, but will sit out the Big Apple for a later date.

As for the current generation of Malibu and Cruze, it seems they’ll stick around for a tad longer as they are transitioned into fleet vehicles with the addition of a “limited” moniker, as first seen on the Impala Limited.

Cheers & Gears originally reported the fleet-sale move based on the General Motors VIN decoder website, showing a newly minted Chevrolet Malibu Limited and Cruze Limited, both assigned for the 2016 model year. Both Limited trims are said to see a few changes, too.

The Eco and 2.0-liter turbo will be dropped for the Malibu Limited, and a 2.5-liter four-cylinder will be the sole option for the car. Though, as C&G reports, it is not the same 2.5-liter offered in the current Malibu.

The Malibu Limited will instead switch to the LCV 2.5-liter four-cylinder engine, dropping the LKW variant of the engine in the process. A slight reduction in fuel economy may present itself due to the lack of intake valve lift for the VVT system found in the LCV engine. It seems to be a consolidation move by GM, since the only vehicles to use the LKW variant were in fact the Malibu and Impala. In contrast, the LCV is found under the hood of GM vehicles across Chevrolet, GMC and Cadillac.

The biggest news from the Cruze Limited will be the curtain call for the car’s 2.0-liter diesel, leaving only a gasoline-powered engine choice. The Eco trim will remain available with an automatic and manual gearbox as well.

Expect more news on this move after both the 2016 Malibu and 2016 Cruze are revealed this year. 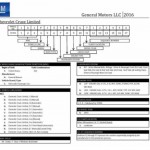 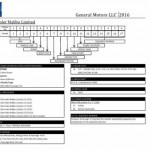