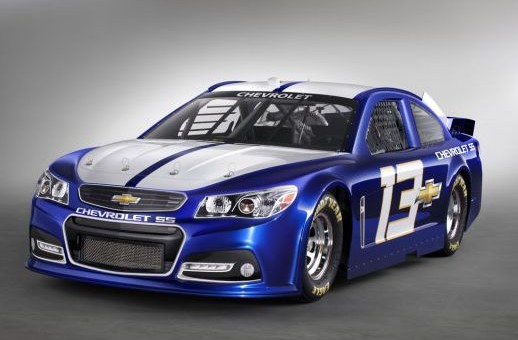 With Holden winding down its production ventures for 2017, the departure of the rear-wheel drive, 6.2-liter V8 powered Chevrolet SS will soon be upon us. That means the bowtie brand will no longer be interested in promoting it by using it as the body for their NASCAR Sprint Cup cars, so they will have to find a replacement.

Lately, Toyota and Ford have used NASCAR to promote their mid-size models, with the two brands running the Camry and Fusion, respectively. Chevrolet will start taking the mid-size segment much more seriously when they pull the veil from the 2016 Malibu in New York next week, so it would make sense if they switched to a new Malibu body for their next Sprint Cup car to help boost sales.

Chevrolet’s director of car marketing, Steve Majoros, recently told Reuters they are sitting “seventh or eighth place,” in the mid-size market and acknowledged they “have tremendous opportunity to grow.” The Camry and Fusion are some of the strongest mid-size nameplates around in regards to sales and if Chevy wants to contest them in the showroom, they might as well take it to the track, as well.

It wouldn’t be the first time the Malibu nameplate appeared in professional stock car racing. The Malibu was Chevrolet’s NASCAR body style from 1973 until 1983, when the automaker switched to the more performance oriented Monte Carlo. Now that they are serious about making the Malibu a more competitive rival to the Fusion and Camry, it seems like the best possible time for it to return to NASCAR.

The current Chevrolet SS NASCAR body isn’t all that old, having just been introduced in 2013, but it will have to be replaced eventually. It’s much too early to say what Chevy has up their sleeve in regards to a future Sprint Cup car, but the idea of the Malibu making a return to the series doesn’t seem too far fetched. If you think we’re a little off in our predictions, feel free to speculate what else Chevy might field in the series going forward in the comments.