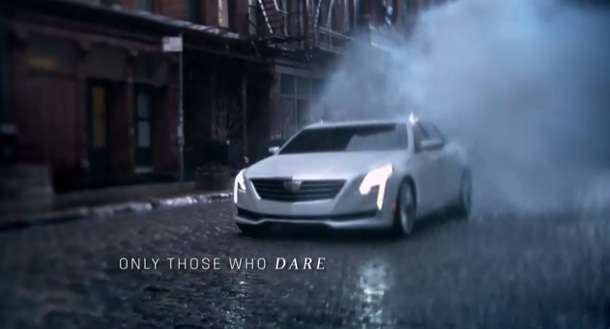 Over a century ago, in 1912, Cadillac put the first electric starter into production on the Model 30.

It’s easy enough to forget these days, but there is a justifiable reason that Cadillac earned itself such a lofty reputation; they were among the boldest, smartest early automotive pioneers, with about a million and a half industry-leading innovations under their belts. With the advanced mixed-material manufacturing going into the new 2016 Cadillac CT6, the automaker stands to possibly reignite the historic significance of the name.

The Cadillac CT6 will rely on “the rocket science of automobile construction and manufacturing today,” said President Johan de Nysschen in a release. “With the CT6, we used high-strength aluminum and high-strength steels; lightweight chassis components; we integrate aluminum and steel where it makes sense; we eliminate every gram of mass possible, while achieving world-class performance.”

General Motors claims that a shocking 64 percent of the Cadillac CT6’s body structure is made of aluminum, a figure which includes every exterior body panel. The result is a nearly 200-pound reduction in weight, relative to if they’d used steel throughout.

But steel is still applied strategically within the CT6 body structure, wherever the use of aluminum might create too much compromise. For instance, the B-pillars are constructed of steel so that engineers could attain the level of rigidity demanded, while not obstructing visibility (aluminum beams would necessarily have had more girth). Aluminum and steel are used in conjunction in creating the crash structure, so that engineers could maintain a low weight, while not compromising occupant safety.

The material-joining techniques employed are equally impressive; wherever both steel and aluminum are used together, galvanic corrosion is a concern if the two metals should ever come into contact. So, the procedures developed for materials joining are necessarily advanced and precise. Aluminum spot welds, steel spot welds, flow drill screws, self-piercing rivets, laser welding, aluminum arc welding, and hundreds of feet of structural adhesive are used wherever necessary to join the CT6’s body structure together.

All-in-all, the body structure of the new Cadillac sedan has 21 different patents pending. CT6 Executive Chief Engineer Travis Hester says of the car: “The structure of the CT6 is one of the most-advanced body systems we’ve ever produced. The innovation surrounding our joining techniques have enabled us to create a vehicle structure with the highest torsional rigidity of any Cadillac while achieving one of the most mass-efficient vehicles in the segment.”

Cadillac is pioneering once again.