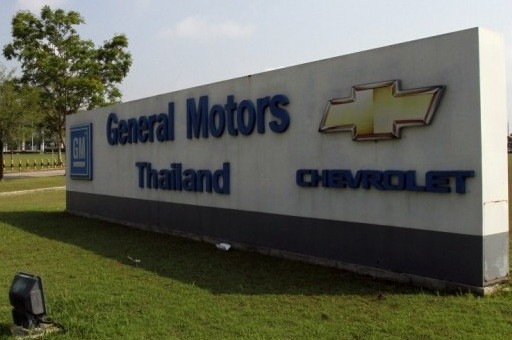 General Motors has announced that it has appointed Amnat Saengjan to the position of Vice President of Manufacturing at GM Thailand, effective April 1st, 2015. In his new role, Mr. Saengjan will be responsible for both the GM Thailand and GM Powertrain Thailand plant operations. The announcement comes just as GM Thailand undergoes restructuring changes that will allow the Chevrolet brand to better compete in the Southeast Asia region. 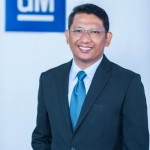 In his new role, Mr. Saengjan will report directly to Robert Parcell, Manufacturing Manager of GM International Operations, and indirectly to Marcos A. Purty, Managing Director of GM Thailand and Chevrolet Sales Thailand. Amnat is the first Thai national to occupy the top manufacturing leadership position at GM Thailand. He replaces Michael O. Perez, who has served in that role as well as the role for GM Southeast Asia Operations for the past 18 months; Mr. Perez will move to another senior position within GM to be announced at a later date.

“Our manufacturing operations at Rayong are assured a smooth transition with the appointment of Amnat,” said Tim Zimmerman, President of GM Southeast Asia. “He has proven his leadership capability as Assistant Plant Manager, Vehicle Operations, GM Thailand, effectively overseeing the entire plant operation in Rayong since 2010.”

“For his own part, Perez has helped assure a smooth transition by providing exemplary leadership for the past year and half. He has guided our manufacturing operations during a very challenging period and we are grateful for his efforts during the past 18 months,” Zimmerman added.

Amnat joined GM in 1998 as Process Engineer on the Zafira program. Most recently, he served as Assistant Plant Manager of Vehicle Operations at GM Thailand. Prior to that, he served Shop Director overseeing Press & Body and General Assembly operations from 2004 to 2007, Project Implementation Manager for the first Chevrolet Colorado pickup truck in Thailand in 2002, and acted as Shift Manager for the General Assembly shop.

Throughout his career at GM, Amnat has managed over 3,000 people at the facility level. He also led the implementation of facility-wide adaptation of safety processes as well as Built-In Quality processes, including leadership reviews and audits, and coordinated with a joint venture OEM partner to meet launch timing, quality and cost targets for vehicle programs.