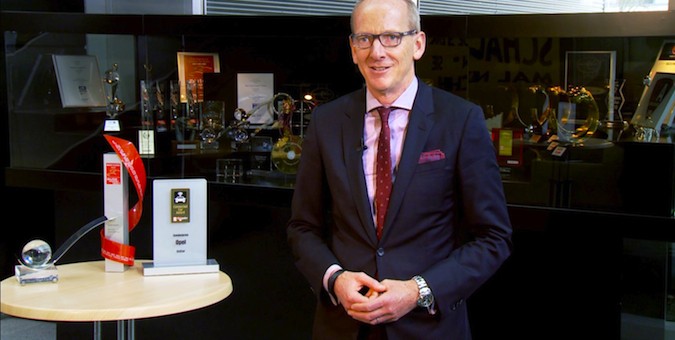 Opel is off to a strong start in 2015, with its European January sales growing by over seven percent year-over-year and its new Corsa hatchback having already received 110,000 orders. The automaker has also received numerous awards from the automotive press for its products, advertising and production logistics so far this year.

The first award given to Opel this year was the ‘most environmentally friendly vehicle in the van segment’ from the environmental institute Okotrend and the trade magazine Auto Test for the Zafira Tourer 1.6 CNG ecoFlex. The automaker also received a Connected Car Award for its OnStar services at the North American International Auto Show in January.

Opel’s Adam city car has also earned itself numerous accolades in 2015 alone. The car received Auto Motor Und Sport’s Readers’ Choice Award for the mini-car car category, in addition to the Blogger Auto Award 2015 in the minicar category. The Adam was also named a Value Champion for 2015, as the model retained 57.5 percent of its new-car price after 48 months ownership.

The recently updated Corsa was named the Most Sensible Car 2015 by consumer magazine Guter Rat, received the Car of the Year Award in Romania, Greece and Serbia, took home the Highland Car of the Year award in the UK and named Car of the Year in TV in the small car category in Spain. The model will also be named Best Buy Car of Europe for 2015 during a special ceremony in Croatia later this month.

Other Opel products recognized with awards include the Cascada, which received the La Référence vote from La Revue Automobile and the Vivaro, which was named Fleet Car of the Year in Austria. Opel’s “Umparken im Kopf” ad campaign also received the best campaign of the year award from Jahr der Werbung (Year of Advertising) and its production logistics were recognized with the coveted 2015 VDA Logistics Award.

Listen to Opel CEO Dr. Karl-Thomas Neumann’s remarks in regards to the automaker’s immediate success in the New Year below.