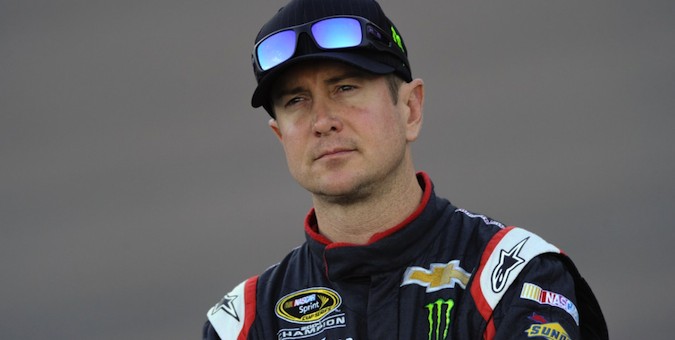 NASCAR has suspended Chevrolet driver Kurt Busch indefinitely after he lost his appeal to have a suspension revoked ahead of the Daytona 500. NASCAR first suspended Busch on Friday after a Delaware Family Court commissioner released a report explaining why he believed Busch had committed an act of domestic violence against ex-girlfriend Patricia Driscoll.

Busch lost an appeal to a three-member NASCAR panel on Saturday afternoon and made a second appeal Saturday night with NASCAR Final Appeals Officer Bryan Moss, according to ESPN. Following the ruling, NASCAR released statement saying Busch has now “exhausted his appeal options under the NASCAR rulebook, and the indefinite suspension remains in effect.”

Busch’s attorney Rusty Hardin said he was “unhappy” with the decision, but added they will “continue to exhaust every procedural and legal remedy,” available to them.

“Along the way we intend to continue to call attention to the facts and witnesses that will shed light on Ms. Driscoll’s true character, motivations and history,” Hardin said in a statement.

NASCAR spokesman David Higdon said the organization will set special guidelines that Busch must meet if he wishes to return to the series. He would not discuss the guidelines or say what they entail, but said Busch should receive them “very soon.”

Criminal charges have yet to be laid against Busch for the alleged Sept. 26 incident. NASCAR wouldn’t comment on what may happen to Busch if he is charged, but explained that if he isn’t charged, it will not affect the guidelines for his return.