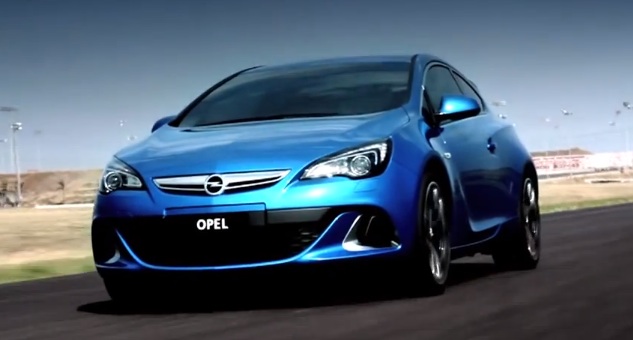 Holden has confirmed production of the Opel-based vehicles has commenced at Opel’s Rüsselheim, Germany plant, but it seems a few have already made their way down under for testing. One eagle-eyed local spotted the pack of new Holdens fueling at a petrol station, and snapped a few photos.

The Opels are doing their best to seem local, painted in bright hues fit for Aussie consumers and spied for the first time wearing no camouflage and badged with the roaring lion. Holden will officially release the Insignia OPC (VXR), Astra OPC (VXR) and Cascada sometime this June and will represent a more premium offering in the lineup before the rebadged Opels make up some thirty percent of the brand’s offerings.

Motoring AU speculates Korean offerings will comprise the rest of the lineup post-2017 with the possibility for a few U.S. made products, such as the next-generation Camaro or Corvette Stingray. An all-new luxury SUV will also be sourced from Opel to likely replace the ho-hum Captiva and sit atop the Colorado and Colorado 7 range.

For sporty sedan fans, the Insignia VXR will offer a Melbourne-made 2.8-liter turbo V6 mated to a six-speed automatic and all-wheel drive. The Insignia is expected to be priced around $60,000 AUD, so it won’t be cheap by any means, but Holden hopes it introduced a new blend of sport, luxury and handling previously unseen in the brand’s portfolio.

The Aussie publication also got word on GM having Australian Design Rule for one more Opel based vehicle, most likely an Astra-basde Zafira people mover or Trax-based Mokka SUV.

We must say, the cars do sort of look right at home with the Holden badges and bright paint colors, especially the Astra which already looks darn good to begin with. Time will tell how Aussie consumers react to the shift as Holden introduces 24 new models by 2020.