Retired investment banker Harry Wilson is looking to secure a seat on GM’s board of directors and is pushing the company to buy back $8 billion of its own stock.

Only a few might be aware of Mr. Wilson’s history with GM. Back in 2009, the millionaire investor was a member of the Obama administration’s auto task force that orchestrated the bankruptcies of General Motors and Chrysler. Now, he has nominated himself to a seat on GM’s board on behalf of four hedge funds that together own 2.1 percent of the company’s stock. The funds in question are Appaloosa Management, Hayman Capital, Taconic Capital and HG Vora Capital Management. Notably, this is the first time since GM emerged from bankruptcy in 2009 that a group of activist investors is trying to involve themselves in the company. 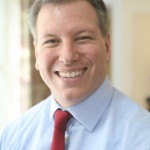 According to GM spokespeople, the company only learned of Wilson’s intention in a letter it received before Monday February 9th. Prior to that, GM CEO Mary Barra and Wilson met on February 3rd. Barra also met with representatives of the four hedge funds after February 4th, when GM announced its fourth-quarter and 2014 earnings. None of the investment firms mentioned interest in a board seat until Wilson’s letter to GM.

Just last week, GM named Linda Gooden — a retired executive vice president of Lockheed Martin Corp. — to its board. GM shareholders will select further board of directors members at the company’s annual meeting this spring.

Last May, Wilson stated that GM stock was “woefully undervalued” when it was trading between $33 and $34.80. It closed at $38.02 on Thursday, February 12th, up $0.35. The uptick could be attributed, at least to some degree, to news of Wilson’s actions on behalf of the hedge funds.

In 2006, Armenian businessman and president/CEO of Tracinda Corporation, Kirk Kerkorian, bought up to 9.9 percent of GM shares in hopes of convincing GM to merge with Nissan and Renault. After failing to convince the company of the merger, he began selling the stock. But that wasn’t before GM approved the appointment of Kerkorian’s representative Jerry York to its board. York stepped down from GM’s board later in 2006, as Kerkorian sold his stake.

Prior to that, activist shareholder and investor Carl Icahn made an attempt to steer GM in 2000. During the short-lived attempt, he announced plans to buy 15 percent of GM shares, but sold them months after.

Stay tuned as we bring you more coverage of the matter as it develops.