When the Chevrolet SS first arrive on the scene via the Holden VF Commodore, exterior color options seemed to not be a priority for Chevy’s first rear-wheel drive sedan since the seventh-generation Impala. At introduction, only five exterior colors were offered on the 2014 SS that covered the mere basics: Silver Ice Metallic, Red Hot, Phantom Black Metallic, Heron White and the apparent favorite of press shoots, Mystic Green Metallic. For some, the colors left a lot to be desired, since none truly matched the sporting personality of the car.

That has all changed for the 2015 model year SS, as we told you last summer. Besides the addition of a proper six-speed gearbox (finally!) and GM’s amazing Magnetic Ride Control, five new decidedly more expressive colors have been added to the car’s color list. The best part is, they’re the oddball hues straight from Australia.

Customers looking to purchase a Chevrolet SS now have the option to order their vehicle in Perfect Blue, Some Like it Hot Red, Alchemy Purple, Jungle Green and Regal Peacock Green. Not only do these new colors finally breathe some life into the car’s sporting exterior, but it also puts it on par with the colorful choices offered by rival Dodge in the Charger.

Our favorites are Alchemy Purple and Regal Peacock Green, though, Jungle Green is a fantastic shade to really set the SS apart from the crowd. Now we’re hoping GM will appease us and make available a 1LE handling package for good measure.

How do you like the added selection of hues for the SS? Talk to us in the comments. 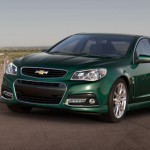 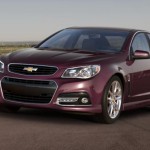 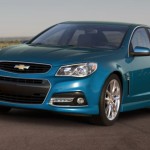 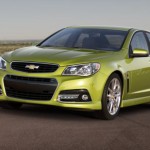 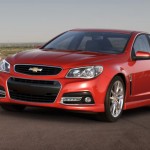