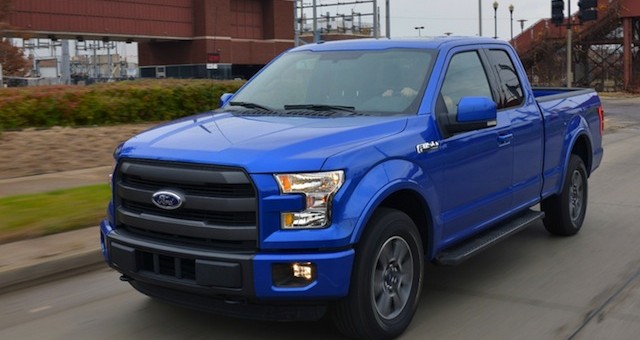 Ford has been touting their 2015 F-150 as the most technologically advanced and innovative pickup on the market, but you’d never get Chevrolet to agree with them. The automaker still isn’t confident in Ford’s extensive use of aluminum in the truck, a sentiment they openly shared with USA Today when asked about a recent Car and Driver article.

The article, which saw C&D stack the 2015 F-150, Chevrolet Silverado, Dodge Ram and Toyota Tundra against each other in a comparison test, resulted in the Silverado placing second to the F-150 by just 3 points. When asked about the test, Chevrolet truck spokesman Tom Wilkinson said the close result was “essentially a draw.”

“So, did Ford’s massive investment in aluminum ‘set a new standard for the future of trucks,’ as Ford promised a year ago in Detroit? For customers, the answer that is emerging is ‘No.’ For the most part, Ford just pulled back into the lead pack,” Wilkinson said in an emailed statement to USA Today.

The F-150 is a nice update of the old truck, with modestly higher payload and trailer ratings offset by still-unanswered questions about insurance costs and access to body repairs outside of major cities,” he added.

The entire C&D truck test can be read here.