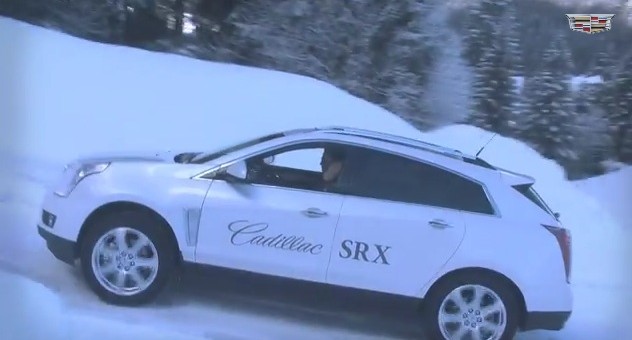 The following comes to us from Charles in Vail, Colorado:

I live in Vail, Colorado. For those not familiar with Vail, it’s a ski resort in the mountains. My dad was a ski school director, and I followed in his footsteps. I’ve lived and worked here in Vail since I was a young kid. Today, I am blessed to be married and have two beautiful kids. Recently, we were looking for our first new car. Throughout this journey, I realized that Cadillac should be ashamed to call the SRX a Cadillac. Here’s my story.

Since I’m out on the slopes all day (walking distance from home) and my wife uses the car during the day to take the kids to school and run errands, we only need one car for the family. After doing a little bit of research, we decided that a nice crossover is the way to go. Being a fan of Cadillacs since my father brought home a Fleetwood in 1995, we set out to look at Cadillac SUVs, and man were we disappointed. Where do I even begin?

Realizing that the Escalade is overkill for what we need, we turned to the SRX. Since we live in the mountains, our requirements were, in descending order, as follows:

Obviously, we also wanted something “nice” and “pretty”… but those came second to the three primary criteria. We drove our neighbors’ SRX for a few days and were ok with it. In fact, we were were looking at price and the nitty-gritty of financing/leasing the SRX when we started looking at the vehicles around us. What we saw all over Vail and the surrounding mountain towns weren’t SRXs, but BMWs, Mercedes, and Audis. Funny that I never really cared to look before, probably because we weren’t in the market for a new vehicle. But now that we were shopping for one, the cars that other people drove opened up my eyes and made me wonder why there were so many German cars being driven by people who live and vacation in the area.

So we went out to test drive some BMWs and Mercedes-Benz SUVs and were very impressed. We liked the X3, but it was a bit too small for us. So, we took the X5 for a spin. The dealer let us drive it around for three days just to see how we liked it in real life and outside the dealership. And let me tell you: the X5 is night and day compared to the SRX: it’s more nimble, handles in a way that the SRX just can’t even begin to match, has a great interior, and just feels “solid” compared to the Cadillac. It pains me to say it, but BMW makes better crossovers than Cadillac. If it weren’t for the extra space that we needed, we would have bought the X3 — which is like a smaller X5.

We bought the X5, and we love it, but one question lingered on my mind: why was the BMW such a better driver’s car than the Caddy? A few years ago, I kept seeing these Cadillac commercials about Caddy taking on and being better than BMW, but that was not our experience at all. That awoke the dormant car buff in me, I guess. I started doing research, trying to figure out how Cadillac could improve so that perhaps in the five years that our lease is up, we can buy a Cadillac. Old memories of my dad’s awesome Caddy still linger, I guess.

What I found is that the BMW X5 is pretty much a BMW 5 Series with a different body and higher ground clearance. What makes it such a great driver’s car is the way it is engineered. Now, I’m by no means an engineer, but here’s what I discovered during my informational journey, which is very much thanks to my friend, Ryan — an ex-aviation engineer:

The BMW crossovers, from the X1 through the X6, seem to be genuine luxury cars. This is also the case for the Mercedes-Benz GLK, ML, and GL crossovers. But the Cadillac SRX just seems to pretend its a luxury car with looks and features; but look under its skin, and you’ll see the flaws of its engineering — something that my wife and I instantly felt when driving the X3, X5 and SRX back-to-back.

What I find surprising, though, is that Cadillac isn’t oblivious to this. They made the ATS and CTS in the same way that BMW engineered its entire lineup: a longitudinally-mounted engine positioned behind the front wheels powering the rear wheels or all wheels when needed. So why doesn’t Cadillac do the same with the SRX?

Once I realized all this, it all started to make sense to me. And if it makes sense to me — someone who hasn’t driven or bought a new car in over a decade until now — then it is highly likely that it also apparent to those who buy cars on a regular basis. No wonder why there are so few SRXs in Vail and surrounding mountain areas, with BMW, Mercedes, and Audi popping up all over the place.

My suggestion: the people of Cadillac need to stop making warmed-over Chevy Equinoxes with a Cadillac logo. Instead, they should make a few “real Cadillac crossovers” to beat the BMW X1, X3, and X5 (apparently a large X7 is coming) in everything from driving dynamics to styling. Heck, they seem to have done it with the ATS and CTS sedan, right?

So as much I really, really want to justify spending $50k on a Cadillac crossover, I can’t bring myself to do so on the ill-balanced SRX.

Thank you for the letter!

You have done your research well, because you are spot on.

Based on the Theta architecture, the SRX is a warmed-over Equinox/Terrain, but it can be so, so much more. Why Cadillac doesn’t use the award-winning Alpha platform, on which the ATS and CTS are based on, for a range of crossovers is beyond us.

In fact, GM Authority patron Jackson had a similar experience late last year. He bought himself a new CTS and wanted an SRX for his wife. Like you, they found that the SRX paled in comparison to the BMW crossovers, with them buying the X3 instead.

At this point, our only hope is that Cadillac, under the watchful eye of Johan de Nysschen, wakes up and uses the beloved Alpha and upcoming Omega architectures for CUVs of all sizes. Unfortunately, that’s not in the cards for the 2016 SRX (or 2016 XT5, as it will be called), which is expected to be all-new for the 2016 model year but continue using a front-wheel-drive platform (C1XX) shared with lesser vehicles from GM.