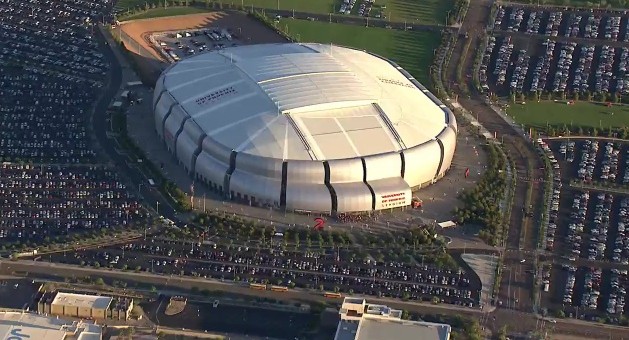 It’s hard to stand out in advertising. This is perhaps especially true during the Super Bowl, when every advertiser pulls out all the stops to put their best foot forward, in the hopes of ensnaring their share of the biggest television audience of the year.

It can hardly be denied that Chevrolet succeeded in creating an overwhelming presence with its “Blackout” Super Bowl ad, for the 2015 Chevy Colorado.

But Automotive News reports that debate over the TV spot’s timing wasn’t even concluded until a week before the game. You may recall an ad years ago for Orkin pest control, which mimicked a cockroach appearing on consumers’ television screens. As consumers at home reacted to what they perceived to be a real bug slithering across the display, many, many busted TVs resulted.

Not about to make the same mistake, and possibly upset a large group of potential customers, Chevrolet had originally planned on a much less risky ad. Long before the ad was finalized, it was all set to simply depict actors sitting around to watch the big game, only to have it interrupted by a blackout.

But that would have been much less effective. The decision to simulate a blackout during the TV spot wasn’t agreed upon by Chevrolet until a month before the Super Bowl. The automaker and its ad agency, Commonwealth//McCann, debated at length about how long the “blackout” should continue before resolving into an identifiable ad. The concensus: 7 seconds.

It worked brilliantly. The timing was slow enough to attain the intended effect, and quick enough that consumers didn’t change the station or become irate at their cable boxes. Colorado web traffic surged 1,104 percent during the first quarter of the big game, according to Edmunds. Chevy metered social media to ascertain the ad’s reception, estimating about 93 percent positive sentiment from viewers.

If you happened to miss Chevy’s 2015 Colorado “Blackout” ad, which aired just before kick-off on Super Bowl Sunday, you can watch it below.