Holden Special Vehicles (HSV), may be without a rear-wheel drive Commodore in the near future, but that’s not stopping the Roaring Lion’s designated performance partner from producing excellent product while the VF Commodore is still around. Enter the 2015 HSV Senator SV Special Edition, whose goal is to take Holden’s already-luxurious and well-equipped Senator trim and give it some more performance and appearance attributes.

Powering the Senator SV Special Edition is the familiar 6.2-liter LS3 making 462 horses and 420 pound-feet of torque. For us Yanks, that’s nearly 50 more horsepower than what’s found in the Chevrolet SS Performance Sedan. What’s more, Senator SV Special Edition may be had with a six-speed manual or a six-speed automatic, with no upcharge on either gearbox. It also receives AP Racing brakes and a Magnetic Ride Control suspension for better on-road dynamics.

The car sits on unique ‘Rapier’ forged 20-inch alloy wheels with a Dark Stainless finish that HSV says were designed to further expose the car’s large disc brakes and calipers. A chrome-tipped exhaust and blacked-out grille, vents, mirrors, spoiler, door frames and badges round out changes to the exterior design, which will only be available in Heron, Phantom, Prussian Steel, and Nitrate.

Inside, HSV bumps the exclusivity by adding a set of unique sills, identification plate and infotainment system start-up screen, along with an individual vehicle number.

The price? A$83,990. Don’t expect it to hit American shores, as only 52 units of the Senator SV Special Edition will be produced, 50 of which are slated for Australia and 2 for New Zealand. Just something else we’ll have to appreciated via the internets, rather than in person. 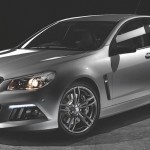 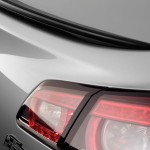 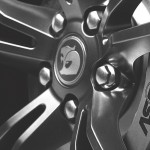 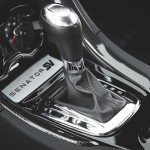