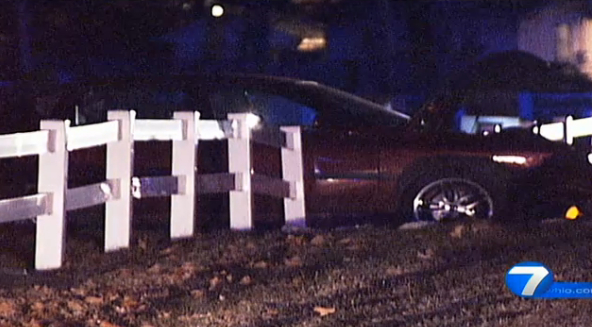 The Montgomery County Sheriff’s Office may have a little explaining to do after an accident victim was left in his car for over 6 hours following a crash on New Years Day.

According to WHIO, police were called to the scene of an single-car accident involving a Chevrolet Impala at around 3:00 am on New Year’s Day, but when they arrived, the driver was nowhere to be found. Emergency responders looked in and around the car, which had jumped a curb, hit a utility pole and drove through a cemetery fence, but didn’t see anyone.

The car was towed away to Busy Bee Auto Parts, just 500 feet down the road. When the tow truck driver returned some hours later to put extra crash debris in the front seat of the car, he heard a scream for help from the front foot well.

The investigation is ongoing, however WHIO believes emergency crews may have missed the man on the floor of the car in their search for the victim. The tow-truck driver originally thought the man climbed back in the car following the accident, a possibility that still hasn’t been ruled out by authorities.

Check out the video below for WHIO’s full report on this strange instance.