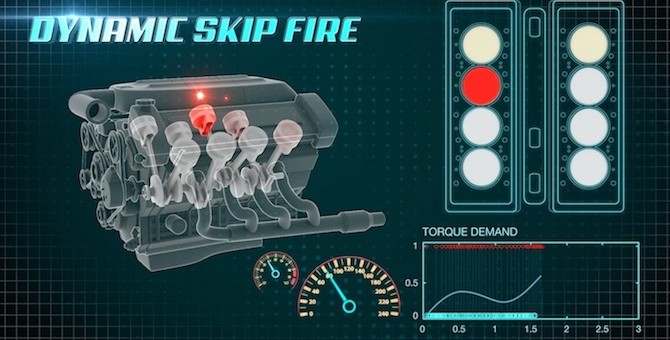 Tula has developed a new ‘Dynamic Skip Fire’ (DSF) system which is capable of improving fuel efficiency by as much as 15 percent in four, six and eight-cylinder gasoline engines. Rather relying on fixed cylinder deactivation, which powers down the same pre-set cylinder numbers when they are not needed, DSF technology uses digital signal processing to continuously make dynamic firing decisions on an individual cylinder basis. The system will attempt to make the most fuel efficient decisions at any given time based on a wide range of possible driving conditions and for all vehicle speeds and loads, GM says.

GM has yet to give a timeline as to how soon the technology could reach production GM vehicles. According to The Detroit News, GM Ventures has also not disclosed the amount of its investment in Tula Technologies, which also has an office in Plymouth, Michigan.

“We’ve worked closely with GM during this exciting stage of DSF development, and they’ve provided essential financial support while allowing us to run our business with full autonomy,” said R. Scott Bailey, president and CEO of Tula. “Our goal is the same as GM; we both innovate to make the lives of people better.”