General Motors has announced a new, advanced connected vehicle technology that aims to determine if certain vehicle components need attention because of a possible failure in the future.

Called Proactive Alerts or “prognostics” , the goal of the industry-first feature is to solve problems before they happen. The service predicts and notifies drivers when components need attention, in many cases before vehicle performance is impacted, according to GM. Available on some 2016 model year vehicles, the feature is initially focused on three components — the battery, starter motor and fuel pump, all of which are critical to starting and keeping a vehicle running. GM expects to add more vehicle parts and components in future model years. 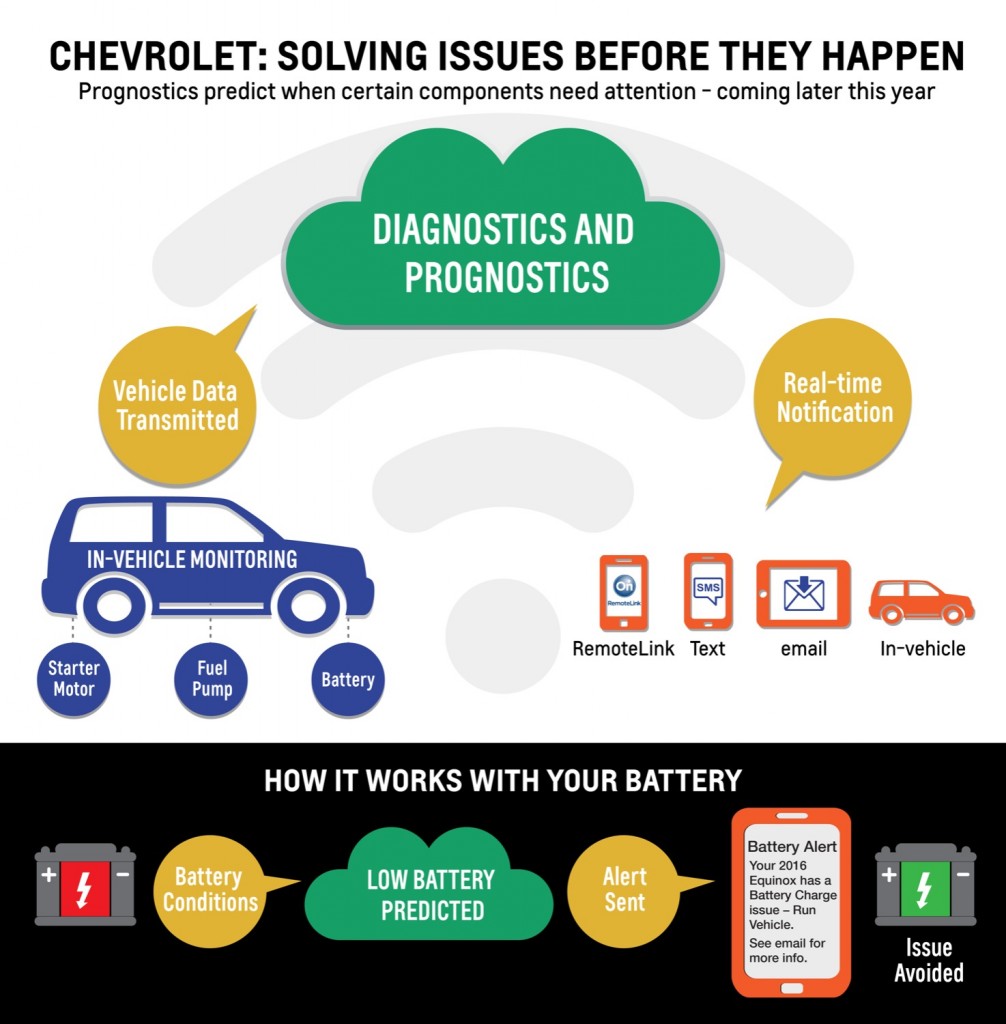 “This is a new chapter in our pursuit to provide customers with convenience and the best overall service in the industry,” said Alicia Boler-Davis, General Motors senior vice president, Global Connected Customer Experience. “Using our innovative OnStar 4G LTE connectivity platform, we can actively monitor vehicle component health and notify our customers if covered vehicle components need attention. Nobody else in the industry is offering this.”

The OnStar Prognostic service builds on the 15-year history of connected vehicle technology through OnStar and utilizes the high-speed OnStar 4G LTE connection to send data collected by the vehicle’s sensors to OnStar for analysis, as follows:

General Motors has announced the service on the following “select” 2016 model year vehicles equipped with certain (yet-to-be-announced) powertrains, including: