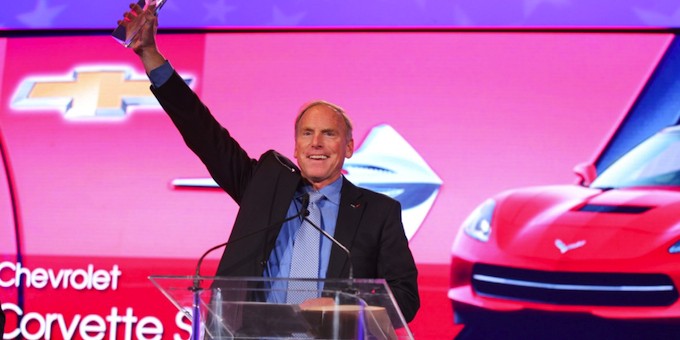 It’s hard not to respect a man like Tadge Juechter. The chief engineer of the 2015 C7 Z06 program joined the Corvette team in 1993 and first became the program’s head engineer following the introduction of the C6. He was tasked with pumping out the later versions of the C6 (including the maniacal ZR1), developed the C7 Corvette and even though he won’t admit to it, he’s probably currently working on a mid-engine C8-generation Corvette, too.

Juechter recently participated in an ask-me-anything forum on Jalopnik, where he freely and openly answered users’ questions about the past, present and future of the Corvette. Tadge can’t answer some questions, such as those in regards to future product, but he does drop a few interesting tidbits of info.

When asked about the possibility of a hybrid Corvette, as electric motors produce good power and torque, Juechter replied that electric drive is “also heavy, expensive,” and requires “batteries that take up all your luggage room.” When asked about a more track-focused take on the Z06 that is less heavy and luxurious than the current car, Tadge said the ‘Vette team has had “a few customer requests for a more pure, track focused model, and we are always studying potential future new products.”

As you can probably tell, Juechter had some thought-compelling replies to users’ questions, so don’t hesitate to read through the comments here.