The Buick Avenir concept is hot. Seriously hot. The concept of a full-size flagship sedan from Buick is chock-full of new styling elements that aim to take Buick’s design to the next level. Two of these elements — the grille and the Buick logo — are rather noteworthy, as they mark a departure from today’s Buick models and put “a new face on the brand”, according to Buick.

The Avenir’s grille marks the most striking departure from the waterfall design on contemporary Buick models on sale today. The new grille still features a waterfall-like vertical pattern while introducing a large opening accented by Buick’s tri-shield insignia. Flanked by wing-shaped elements, the tri-shield logo returns to the three-color red, white, and blue hue that adorned the logo as early as the late 2000s, before being switched out in favor of the monochrome tri-shield in use today. Notably, Buick never switched to the monochrome logo on its Chinese-market models, which have continued to feature the red, white, and blue tri-shield.

“The new grille is a modern interpretation of a design introduced on the landmark 1954 Wildcat II concept, which shattered expectations of what a Buick was supposed to be,” said Michael Simcoe, vice president of design, GM International Operations. “On the Avenir, it represents a break from convention and progressiveness in technology.” 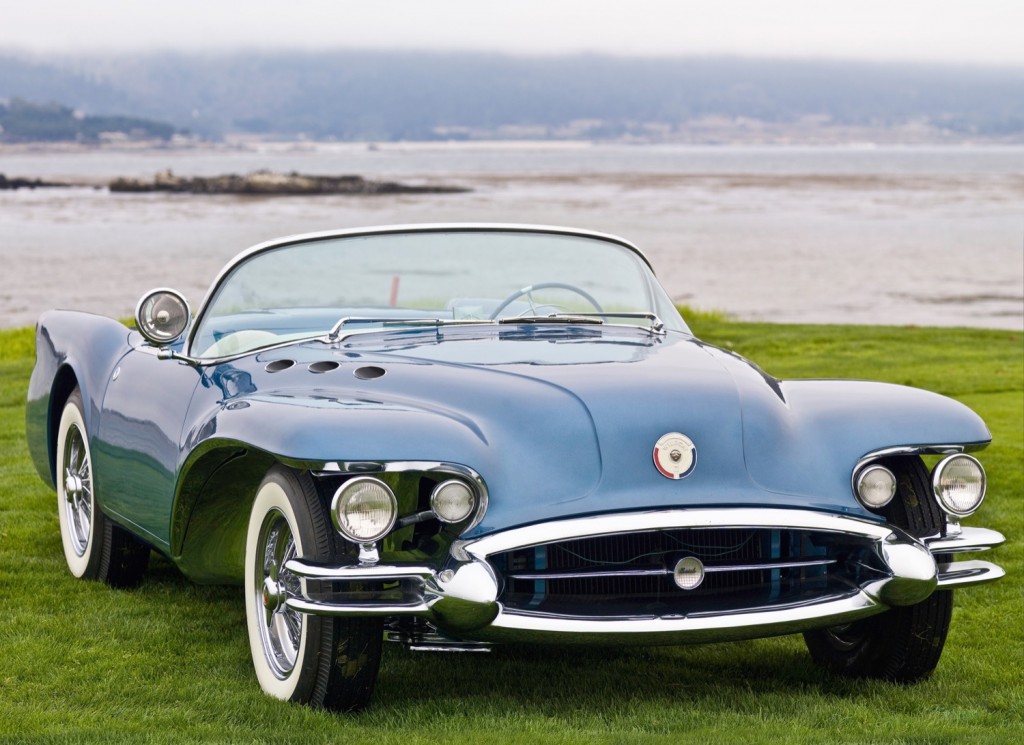 We wonder how much of the new grille will make its way into future Buicks, Opels and Vauxhalls due to the global alignment of the three regional brands. After all, the 2016 Cascada has those wing-shaped elements in its grille, yet is missing the colors from its tri-shield badge.