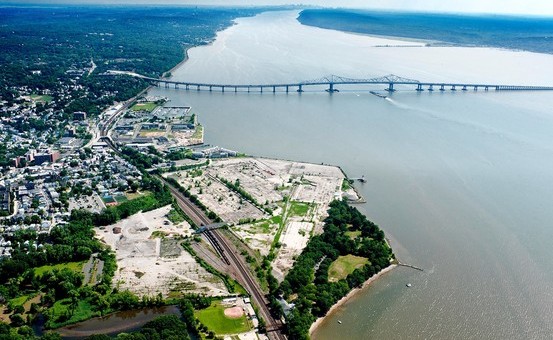 The site of GM’s former North Tarrytown Assembly plant will soon be redeveloped into retail, residential and public space. We thought we’d have a look at the plant’s long history before the space that housed it would be turned into retail and housing space later this year.

Located on the eastern bank of the Hudson River, about 25 miles (40 km) north of midtown Manhattan in New York City, the North Tarrytown plant didn’t belong to GM at first. That’s because it was initially owned by the Stanley Steam Car Company in 1896, with Maxwell-Briscoe acquiring the plant in 1903 from the Ingersoll-Rand Drill Company. Chevrolet acquired individual areas of the complex in 1914 and 1915.

At that time, Chevy was an independent automaker that wasn’t part of General Motors. But when GM acquired Chevrolet in 1918, The General also inherited the Tarrytown plant. Over the next several decades, 12 million General Motors products would come to be assembled at the complex.

The last vehicles manufactured at the plant were GM’s second-generation minivans — the Chevrolet Lumina APV, Pontiac TranSport, and Oldsmobile Silhouette triplets. Unfortunately, the trio didn’t sell well, which prompted GM to shutter the plant in June 1996 — exactly 100 years after its opening in 1896 — and dismiss its 2,100 workers. In closing Tarrytown Assembly, GM moved production of the minivans to its Doraville Assembly plant in Georgia, which was also shuttered shortly after.

At its prime, the plant provided the North Tarrytown village, later renamed to Sleepy Hollow, roughly 49 percent of its total tax revenue. The plant was demolished in the summer of 1999, and the land that housed the plant — known today as Lighthouse Landing — was acquired in late 2014 by Diversified Realty Advisors and SunCal for $39.5 million. Throughout 2015, the former industrial site will be transformed into 1,177 residential units, 135,000 square feet of retail space (including a cinema and an “urban market”), a 140-room hotel, and a 16.1-acre waterfront park.

So long, Terrytown Assembly. We hardly knew ya.