We’re pretty stoked to see General Motors release OnStar RemoteLink 2.0 app earlier this week. Based on customer feedback collected over the years, the all-new RemoteLink 2.0 features a completely-redesigned user interface as well as other enhancements that make it more intuitive for users.

In its various versions, RemoteLink currently has 1.3 million total active users, and here are some more stats that you might not have seen.

All numbers presented below are based on the 2014 calendar year for North America.

In 2014, RemoteLink processed over 43 million requests, more than double the requests in 2013.

The most popular vehicle: the Chevy Silverado, which isn’t unexpected given that the Silverado is the best-selling GM vehicle in North America. 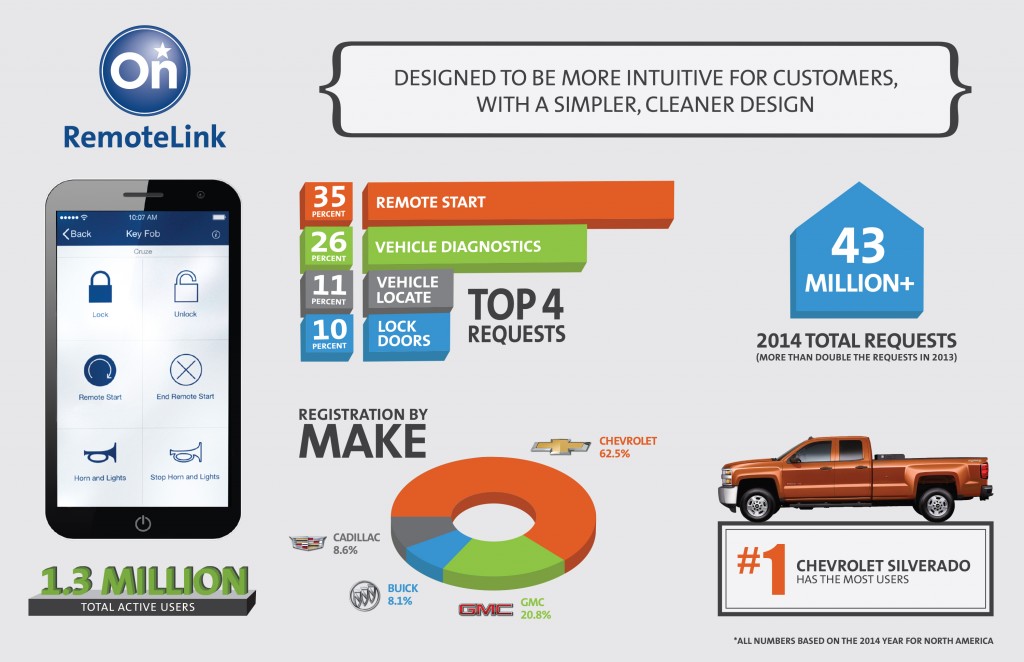 The release of RemoteLink 2.0 comes at a great time since more customers are using the app than ever before. In December 2014, for instance, RemoteLink experienced record-setting use with nearly 7 million total requests. GM tells us that usage growth has continued since, with multiple days in January totaling more than 450,000 requests in a 24-hour period.

Do you use RemoteLink? Which features do you use the most? Talk to us in the comments.