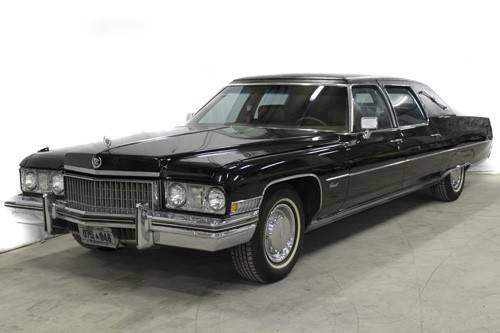 A large collection of Cadillacs are set to go under the gavel during a Coys auction in Maastricht, The Netherlands on January 10, according to The Telegraph. The grouping consists of multiple unique Cadillacs, including an extremely rare 1904 Cadillac B 4S, a model which was only in production for one year.

“Once again we’re delighted to be chosen to handle another significant classic car collection,” said Chris Routledge, managing partner of auctioneer Coys. “In December alone we handled the Muller collection from Switzerland and the Fink family from Bayern Munich’s collection in London, but now to have the Brundza collection is a further achievement.”

The Brundza collection, one of the most prominent in Eastern Europe, is filled with early 20th century Cadillacs, Buicks, Lincolns and other classic luxury machines. The entire contents of the collection being sold by Coys can be viewed at this link. If you’re a Cadillac fan, you won’t want to skip out on checking out some of the precious American metal being sold off.