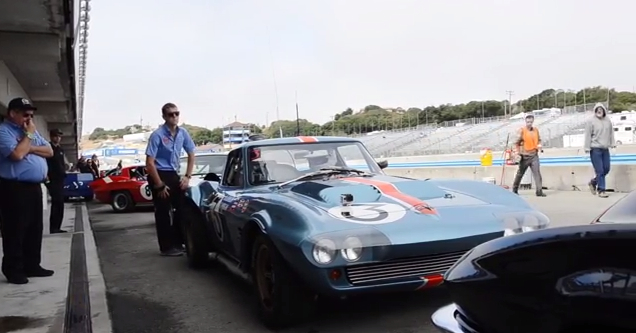 In the early 60s, General Motors was looking for ways to take on Carroll Shelby’s Cobra in GT World Championship racing. So it developed the Corvette Grand Sport Stingray. Unfortunately, the program was killed before it could fully get off the ground, a by-product on GM’s ban on factory-backed racing programs at the time.

The Corvette Grand Sport Stingrays finally got their break in 1963, when they were finally allowed to race alongside the Cobras at Nassau Speed Week. The cars walked all over the competition, with journalist Leo Levine writing, “the Chevrolet equipment won so easily, there was even some embarrassment on the part of the factory personnel, who had hoped the journey south would escape unnoticed. But at the same time, they were smirking.”

Only five Grand Sport Stingrays were ever produced by Chevrolet’s Research Center. One of the cars, chassis #004, is now owned by the Revs Institute for Automotive Research, which still races and maintains the legendary piece of Chevrolet Performance history today.

Revs made a short video highlighting the race prep of their Grand Sport, which we’re sharing below. We can’t say it any better than Corvette Blogger, you’ll be left wanting more Grand Sport goodness after watching it.