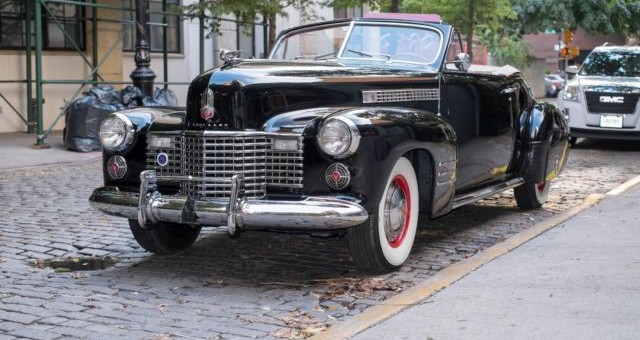 Much of the criticism directed at Cadillac president Johan de Nysschen is over his alphanumeric naming scheme, which is similar to other luxury automaker’s, such as BMW and Audi. Some feel like using classic names like Fleetwood would be better for the brand, while others hope to see its Ciel, Elmiraj and other cotemporary names used. However the upcoming CT6 isn’t the first Cadillac model to use numbers in its name.

In 1940, Cadillac introduced the Series 62, one of many cars in a line of Cadillac vehicles which were named using numbers. The Series 62 shared its body and other components with the Buick Roadmaster and Oldsmobile Series 90, but was more nicely appointed and featured a V8 engine exclusive to Cadillacs. One of these desirable pre-war era convertibles recently went up for sale on eBay, reminding us that not all Cadillacs had long evocative names like Fleetwood and Coupe Deville.

This example is an Antique Automobile Club of America National First Place Winner and has spent the last 25 years in the hands of a “seasoned car collector.” The body was refinished last year along with the Tuxedo Black paint, which contrasts nicely with the red leather interior and faux-wood dash. The car also has a numbers matching 346 V8, a three-speed manual transmission, a fully functioning vacuum-operated top and functioning heating and A/C.

The seller, Cooper Classic Cars, says this Series 62 is one of the “finest original pre-war cars” to ever grace their collection. Bidding is currently at $70,000, although the reserve has not been met. Other Series 62 Cadillacs have fetched prices which crested the six-figure mark, and we’d expect this pristine example to attract the same sort of money.