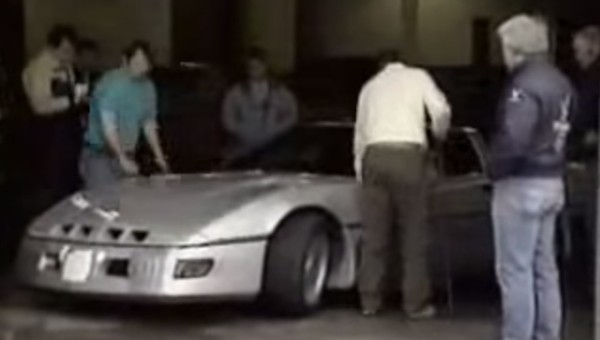 Believe it or not, Corvette tuning specialists Callaway started out tuning European cars such as BMWs, Alfa Romeos, Audis and more. It wasn’t until the C4 came around that the company applied its knowledge about turbocharging to the Corvette’s V8. Production versions of its B2K Twin Turbo Corvette produced nearly 350 horsepower and could reach a top speed of 187 mph, putting it on par with more expensive supercars at the time.

A specially tuned Callaway C4 Corvette project car nicknamed Top Gun reached a top speed of over 230 mph at a Car & Driver event, inspiring the company to take the project even further, with the goal of reaching a top speed of 250 mph. They ended up with the now famous 1988 Callaway SledgeHammer Corvette, which produced 898 horsepower and 772 lb-ft of torque from its twin-turbo 5.7-liter V8.

Driven by the late John Lingenfelter, the Sledgehammer eventually topped its goal, achieving a speed of 254.7 mph. That’s right, a Corvette reached a speed of 254 mph before the McLaren F1 hit 243 mph and became the world’s fastest production car 10 years later. Callaway knew they could reach 250 mph, but they also wanted the car to be drivable, which prompted them to keep the car’s Bose audio system, air conditioning, power locks and power seats completely intact.

The short documentary below highlights some of the challenges engineers faced in developing the SledgeHammer, and also features clips of it attempting to crest the 250 mph mark. You won’t want to miss it if you’re a Corvette or Chevrolet history aficionado.