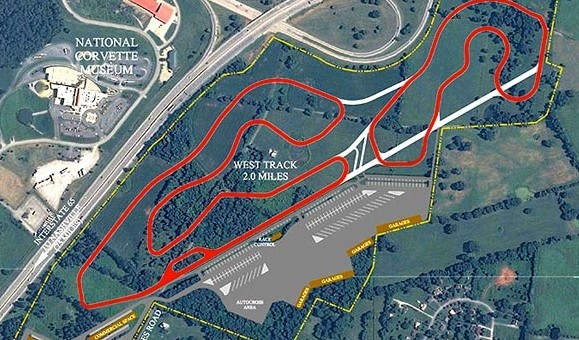 The National Corvette Museum has announced plans to build a new racing pavilion at its Motorsports Park, consisting of rental garages, viewing decks, a concession area, restrooms and showers. The NCM says it will break ground on the new 14,062 square foot facility in early January.

Users of the track may rent out the garages for a day to work on their car, or to have a place to hang out in between sessions. The NCM is also offering garage sponsorships for $10,000 a year, which includes signage and other benefits at the park. Above the garages is a 340-foot viewing pavilion, which the NCM says provides “prime trackside viewing.”

In August, the NCM announced it would name the entry road to the Motorsports Park after the late Kimberlee A. Fast. Kim was an avid motorsports enthusiast and racer and participated in different autocross and high speed racing events on road courses all over the Midwest. The garage pavilion will also be named after her.

“We thought that she would really be proud to have the building named after her,” said Kim’s father, Chuck Fast. “We can’t think of a better way to honor her memory than by contributing to the project.”

The garages and pavillion are scheduled to be complete in April of next year.