In April 2013, the Chinese city of Ya’an and surrounding areas were devastated by a magnitude 7.0 earthquake. The natural disaster killed many and left even more homeless. GM’s joint ventures got involved immediately, with Shanghai GM, SAIC-GM-Wuling, FAW-GM, and Shanghai OnStar donating funds, vehicles, relief supplies and emergency services. Specifically, GM China also donated 4.09 million RMB (roughly $650 million USD) for four clinics and multimedia classrooms that were built within a year to allow residents, especially children, to obtain material and spiritual support. What’s more, some of the money provided by employees covered care packages delivered to 982 students in the area to help them meet their most crucial needs.

The clinics as well as the four multimedia centers have had an immediate impact on the area by providing residents with better healthcare and treatment options, as well as easier access to technology. They also enabled teaching disaster prevention and safety techniques to help students be prepared in the event another quake occurs.

And earlier this month, a team of GM China volunteers visited the former Ya’an earthquake zone, inspecting the multimedia classrooms and health clinics built with the company’s funds.

In addition to these efforts, GM China volunteers at the Ci Ji Primary School in Qianjin Village, with support from the the China Foundation for Poverty Alleviation, provided students with lessons in basic traffic safety, a key first step before they are capable of operating a motor vehicle on public roads. Working in conjunction with the Ya’an Traffic Police, students learned common traffic control commands given by police officers, as well as the importance of not playing around vehicles and the dangers of crossing the road between vehicles.

“I made a donation to Ya’an earthquake relief”, said GM China volunteer Colin Chen. “I was pleased to see for myself that the people of Ya’an have been positively impacted by our support. It demonstrates the power of corporate social responsibility for changing people’s lives.” Meanwhile GM China Vice President of Public Policy and Government Relations Albert Xie highlighted the ongoing commitment that GM China has in providing support to the community wherever it is needed: “GM China believes in giving back on our own and with the support of our employees and partners. We hope others will follow our lead to benefit our society.”

With this latest show of community support and outreach, GM China continues its legacy of reaching out to those in need, and it is good deeds like this that will not only cement its relationship with community leaders, citizens, and the up-and-coming generations. And, of course, it could also create new avenues and opportunities for the company and the surrounding community in the future as well. 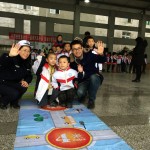 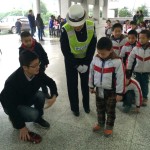 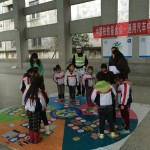 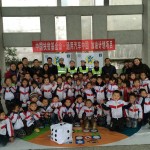