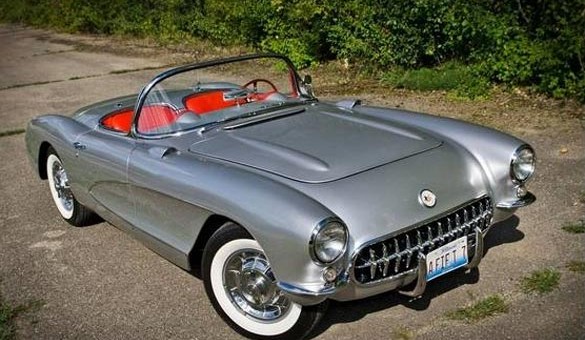 The Chevrolet Corvette is usually seen as the quintessential American sports car of the 50s, and arguably of all time, but its rivals from Ford had industry experts thinking they had the more dominant product at the time in the way of the Thunderbird.

As Bold Ride points out in a recent article, the Thunderbird, introduced in 1955, had sold 20,000 units in 1957, compared to 700 Corvettes sold during the time period. The Thunderbird was a bit different from the Corvette, with a larger 181.4 inch wheelbase and more upscale interior and exterior touches. Its luxurious touches have even prompted some to say its not a true muscle car, which is definitely up for debate.

By the time the luxurious Thunderbird was introduced, the Corvette had already begun its transformation into a world class sports car. A V8 was offered in place of the Blue Flame inline-six, and while the Thunderbird and Corvette offered similar performance at the time, the Thunderbird could never shake its “personal luxury car” reputation.

From 1957 onward, the Corvette stole the sports car spotlight. The second-generation Corvette boosted the popularity of the model, making it the legend it is today. The Thunderbird hasn’t caused quite the same stir, but there’s no doubt Ford had General Motors worried upon its introduction.