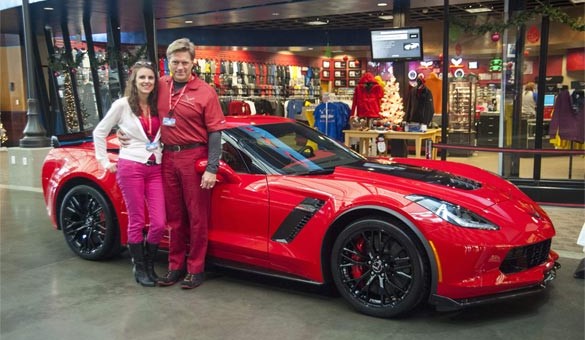 By far the most severely damaged Corvette to be pulled from the National Corvette Museum’s sinkhole was Kevin and Linda Helmintoller’s customized 2001 C5 Z06 Mallet Hammer. The car was barely recognizable as anything more than a pile of scrap metal when it was rescued, and won’t be restored by General Motors as a result.

Helmintoller had donated the Mallett Hammer Corvette to the NCM so they could use it for track days and other events at their newly opened Motorsports Park. The car was donated just 6 weeks prior to being sucked into the hole, so the Helmintollers never got to see the car on the track, or on display in the museum.

Being a true Corvette fan, Helmintoller has owned 10 different Corvettes, and hasn’t been without one in his garage since 1996. Last year he donated the Mallett Hammer and sold another Corvette, which left him without one of America’s sports cars for the first time in nearly 20 years. That just won’t cut it for a Corvette diehard like Helmintoller, so he placed an order for a 2015 C7 Corvette Z06.

The last time Helimtoller was at the museum, he and his wife were attempting to get a look at the remains of their C5 Z06. As Corvette Blogger reports, his most recent visit to the NCM was for a much happier occasion. This time, the 50-year old was taking delivery of his new Torch red Corvette Z06 with the Z07 performance package.

We’re happy to see something good happen to a Corvette fan generous enough to donate an entire car. Helmintoller said he’s going to take the car out to a High Performance Driver’s Education class at Sebring International Raceway in Florida, so he can really learn how to wring out every last bit of performance from his new Z06.