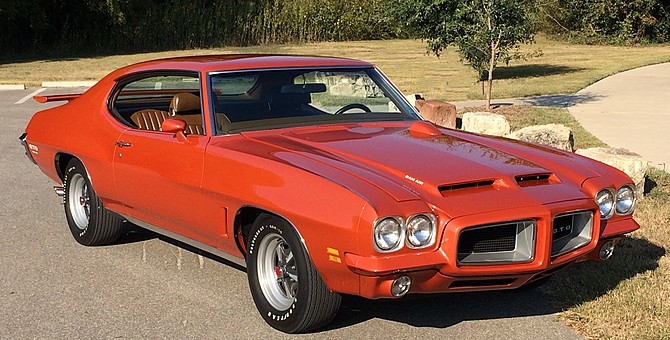 Ever hear how no fast cars were built after 1970? That perception existed at one time because General Motors lowered compression on all its motors in 1971, but time has a way of changing perceptions, and the Pontiac 455 HO has emerged as a standout of the low-compression era, capable of handling plenty of high-compression cars with bigger reputations.

The secret to the 455 HO was its round-port heads, which were a hallmark of Pontiac’s strongest engines starting with the 366-horse 1968 Ram Air II 400 that was introduced in the middle of the model year. That engine was succeeded by 1969-70’s Ram Air IV, which was rated at 370 horsepower; of course, in the real world, both motors were putting out more. Pontiac offered a new 455 in 1970 − interestingly, called the 455 HO − but it had the conventional D-port heads common on other Pontiacs. It was rated at 360 horsepower, which was 10 less than the RAIV. Why didn’t Pontiac slap on some round-port heads to the 455? No one seems to know, but it finally happened in 1971, rated at 335 horsepower; however it was faster than 1970’s 455.

Nineteen seventy-one also marked the dawn of the a new horsepower rating system. Until then, horsepower was rated as “gross” which measured the horsepower with the motor uninstalled and unencumbered by accessories. However, manufacturers began to offer “net” ratings starting in 1971, which was a more realistic way to measure power; in the 455 HO’s case, the same motor was rated at 310 net horsepower. For 1972, little changed, but the motor was rated at 300 net. Appears dire, but something interesting happened for 1973-74: Pontiac improved the HO, renamed it the Super Duty, and made history by closing the muscle car era in good form.

This 1972 GTO that’s headed to Mecum’s Austin auction is the last of the truly hi-po GTOs. Not only is this GTO painted in new-for-1972 Sundance Orange, but it’s one of 310 GTO hardtops built with the 455 HO and manual transmission. This particular Goat also is equipped with Ram Air (standard with the HO), air conditioning (quite rare for a manual tranny car), Rally II wheels, hood tach, Protect-O-Plate, window sticker, and all the other good stuff that makes cars legit. Interested? Be in Texas on December 12-13.