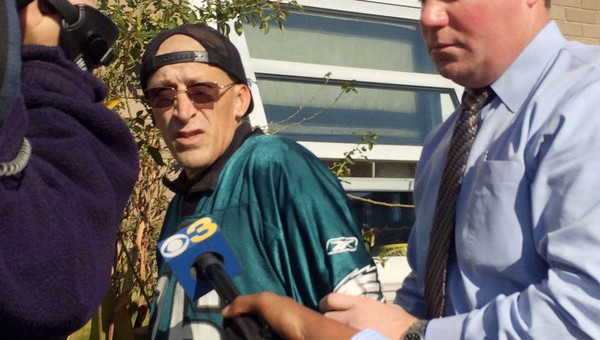 The other day, we reported on a 50 year-old man from Philadelphia accused of driving his estranged wife’s 1990 Chevrolet Corvette to the river, leaving the engine running, and pushing it into the water.

The culprit – one John Kramer – is back in the news after having turned himself in, this time just to let you know that he’s not such a bad guy.

Philadelphia Daily News had the story. Kramer and his wife, Stephanie, have reportedly been in a divorce dispute for the past three years. Tensions were previously raised back in June when their son died of a drug overdose in the family home.

Kramer has been arraigned with a $15,000 bail, and is charged with violation of a restraining order, harassment of his wife, and reckless endangerment of the two divers who had to physically retrieve the Corvette from the river. John Kramer’s excuse: bipolar disorder.

“I didn’t even realize I was doing anything wrong,” he said as he was taken in for his arraignment. “I wasn’t on my medication at the time. My system was not balanced. I didn’t feel balanced.” He went on to state that nothing in his life comes easily anymore.

Kramer ended by saying: “My wife will make me out to be a horrible, horrible person. But I am not. I am very nice. I am very good.”