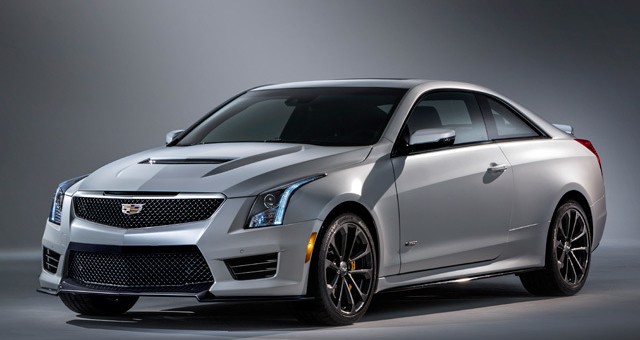 All the rumors and speculation can end now. Autoblog has posted the goods on the 2016 Cadillac ATS-V Coupe, which leaked prior to its Los Angeles Auto Show debut scheduled for week, and we have a feeling you’ll like what’s in store.

As predicted, the ATS-V will be powered by Cadillac’s 3.6-liter twin turbocharged V6 LF3, sourced from the CTS and XTS Vsport. The engine will make 450 horsepower and 445 pound-feet of torque, with the power bump being the result of titanium connecting rods from Pankl Racing Systems, two water-to-air intercoolers, and new twin titanium-turbine turbochargers. Power will be sent to the rear wheels through either a six-speed manual or an eight-speed automatic transmission with paddles. Both gearbox options will have a no-lift shift feature.

The ATS’ Alpha underpinnings have been upgraded with “beefier” suspension components, improving roll stiffness by 50 percent. An optional track pack includes a front splitter, side skirts, and a steeply-raked rear spoiler, which can produce 100 pounds of downforce at 150 mph. There’s also upgraded brakes, which look a lot like units from the second-generation CTS-V, a locking electronic rear differential, and standard Michelin Pilot Super Sport tires. The whole thing tips the scales at around 3,600 pounds, nearly the same as BMW’s new M4.

Additional information, along with photos of the ATS-V Sedan, should become available following the car’s debut at the LA Auto Show next week. Stay tuned!